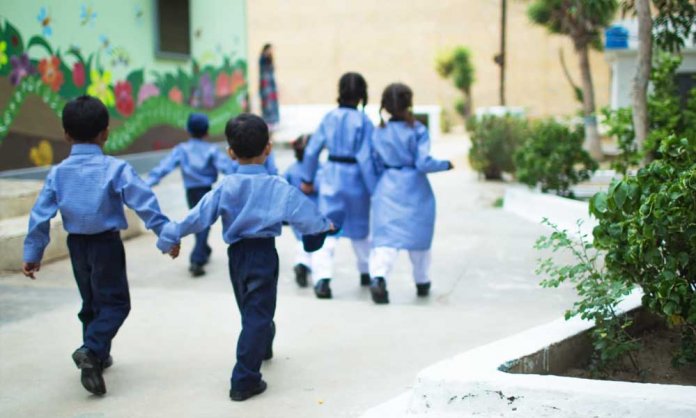 Parents can now take a sigh of relief as the Sindh government has decided to reconsider their decision to relocate schools.

Recently, the Government of Sindh along with other authorities have been conducting anti-encroachment drives and tackling the mafia in the educational system in the country.

The report stated that 99% of schools in Karachi are illegally operating in residential areas. Thus, the Sindh government had issued a notice to the schools giving them 30-days to vacate and relocate.

However, just a day after the notice was circulated, the decision has been withdrawn. Local Government Minister Saeed Ghani said that no action will be taken against the private schools situated on residential plots.

I want to assure parents and school owners that taking action against private schools will be our last option. For now, we don’t have any plans to shut down or seal schools. -Local Government MinisterSaeed Ghani

Private School Association Chairperson Tariq Shah said that he is thankful to Saeed Ghani and SBCA for realising the strength of private schools.

We definitely want rules and regulations in place for schools that will open in future, but the existing schools should not be affected. We are ready to negotiate with the government to formulate a policy. -Tariq Shah