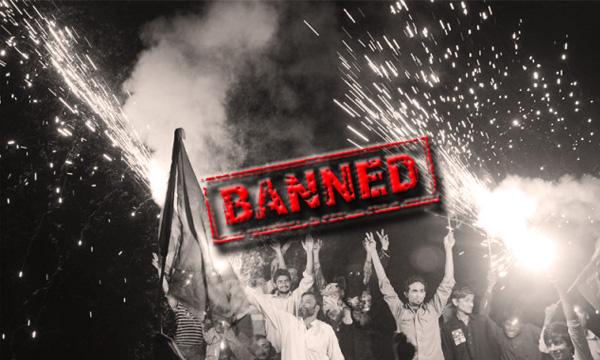 According to the Express Tribune, the ban will be in place from December 31 to January 1 as per the notificatoon released by the government.

Apart from the district police, the traffic police are also making alternative routes for the occasion.

Each year, several people set up fireworks and shoot ammunition into the sky to welcome the new year in. However, this practice has taken several lives and injured others.

Though the revellers celebrate New Year in each part of the city, Sea View and Five Star Chowrangi in North Nazimabad are the two hotspots for the youths, where thousands of youngsters gather and celebrate New Year.

It remains to be seen whether the ban will be proven successful.