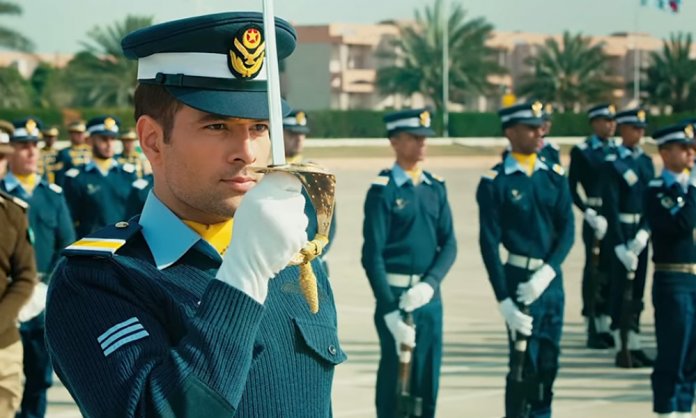 The trailer of the much-anticipated patriotic movie ‘Sherdil’ has finally been released. The teaser narrates the tale of Pakistani pilots who think of nothing but the nation and can do anything to serve their homeland.

Packed with action, drama, and emotions, the trailer will surely tug at the heartstrings with its exceptional content.

Have a look at the teaser!

Helmed by ‘Parchi’ director Azfar Jafri the film is produced under the banner of NK Pictures. Moreover, international cinematographer Riki Butland of Star Trek: Beyond fame and Scott Newman were roped for the venture.