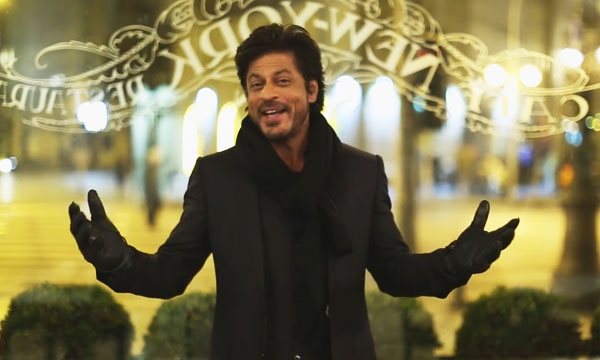 The Filmfare Glamour and Style Awards 2016 were held in Mumbai and many well-acclaimed stars snagged multiple awards. Shah Rukh Khan was one of the winners as he took home the Global Icon of the Year (male) title. While he was unable to receive the accolade in person, Khan recited his acceptance speech via a video from Budapest, where he is currently busy working on his movie, the Ring.

SRK’s speech has everyone talking as it completely varies from other acceptance speeches. His modesty is apparent as he uses self-deprecating humor which happens to be his signature style.

He even poked fun of himself, claiming that no one finds him icon-worthy, not his family, friends, or even his dog. He is extremely sincere as he states that, “All I did is my thing, worked hard, a little bit of acting I know and things just worked out well for me.”

This one and half minute speech will have you laughing within seconds as you notice the slight trembles in his voice due to the intense cold in Budapest and him slowly putting on more articles of clothing as the video goes on.

He is incredibly humble as he states that he is the furthest thing from an icon as he doesn’t deem himself as worthy as other icons such as Muhammad Ali, Michael Jackson, Amitabh Bachan and many others who inspire him.

He ends his speech advising his male audience to never wear thermals especially ones that end five inches below their crotch, using his motto, ‘Death before thermals’. Regardless of the cold, his humor is still well intact.

Shah Rukh Khan is an incredibly grounded person, who doesn’t let fame increase the size of his ego, and that is easily shown in this video.