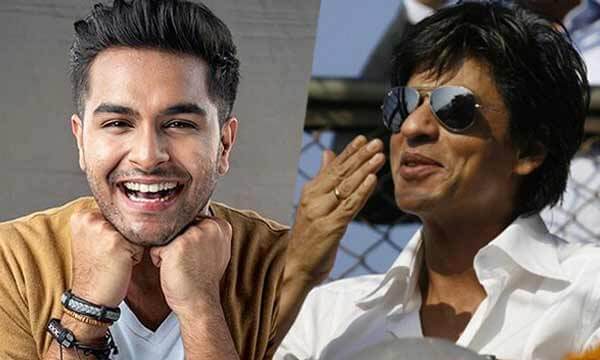 Shah Rukh Khan celebrated his 53rd birthday in November and his social media accounts are flooded with wishes from his fans and colleagues who poured out their heartiest thoughts for the King of Bollywood.

Excitingly, the much-awaited trailer of SRK’s upcoming film Zero also got released on his birthday and it added an extra charm to this day for his huge fandom.

Being one of the die-hard fans of Shah Rukh Khan, our rising star Asim Azhar took to Twitter to wish SRK a very a happy birthday and showed his desire to sing for him one day.

Taking it to a lighter note, Asim referred to SRK’s character in Zero, saying if he doesn’t have time to do lip sync on his song, maybe ‘Bauua Singh’ can do that.

Shah Rukh Khan appreciated his wish and said that he’s not sure if Bauua Singh can do both, lip sync to Asim’s voice while dancing and this exchange of light humor between the two is super adorable.

Thank you. I will tell Bauua Singh to do lip synch…don’t know if he can do the dance in synch though. #ZeroTrailer https://t.co/ycRqIz0KMA

Asim Azhar then replied with some serious “Fanboying” right there and this proves that he is one of his biggest fans.

SRK’s popularity knows no boundaries and he is as likely loved in Pakistan as in India. The fact that the trailer of Zero was trending at #2 on YouTube in Pakistan is just another proof of that.

Shah Rukh Khan will be seen as Bauua Singh in Zero, who has an extremely interesting yet humorous personality. Since the teaser of Zero got out, Bauua is gaining huge popularity among the fans and he has even got his own verified Twitter account which filled with some hilarious tweets related to his character in this upcoming comedy film.

Other than Shah Rukh Khan, the cast of Zero includes Anushka Sharma and Katrina Kaif in the lead roles and is slated to be released on 21st December 2018.