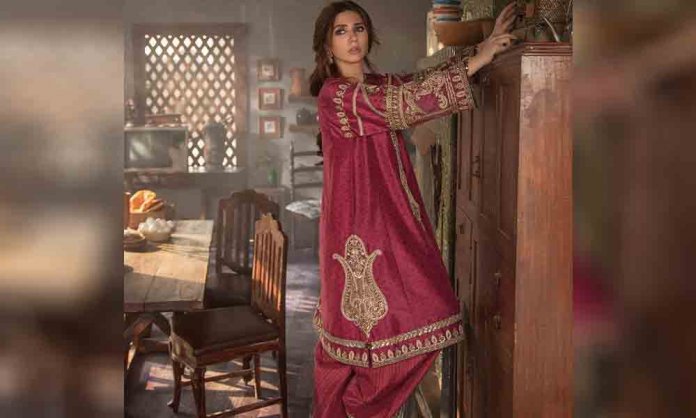 The UK based Asian newspaper, Eastern Eye has released the press release for its much-anticipated list of the top 50 Sexiest Asian Women of 2018.

Where Indian celebrities have secured the top three spots this year, some new names have also made it to the list. The ranking is based on many millions of votes from people around the world and the popularity each starlet gained via media coverage and social media platforms in the past year.

The complete list is yet to be disclosed but the names that have made so far to the top 50 Sexiest Women of Asia 2018 are too hot to handle!

For the second year in a row, the top 3 slots have been taken by the Bollywood divas with Deepika Padukone at number 1, Priyanka Chopra at 2 and Nia Sharma ranking at number 3!

CAN SHE PLEASE STEP ON ME WEARING THOSE HEELS 👠 @deepikapadukone

A post shared by Mrs.Deepika Padukone’s Fanpage (@deepika.padukone.fanpage) on Dec 1, 2018 at 8:02am PST

The gorgeous Mahira Khan has grabbed the 4th spot this year but she remains the sexiest Pakistani woman in the world!

Indian TV actress Shivangi Joshi has held the 5th spot followed by Alia Bhatt at number 6, Sonam Kapoor at 7 and Hina Khan at number 8. Bollywood superstar Katrina Kaif has held the 9th position with Niti Taylor stealing the last spot in the list of top 10 Sexiest Asian Women of 2018.

Pakistani Actresses Who Have Made It to The List of The Top 50 Sexiest Asian Women Are:

Our superstar ranks at number 4 among the top 50 Sexiest Women of Asia and of course, number 1 in Pakistan. Even though her only project of 2018 was 7 Din Mohabbat In that got released back in June, Mahira Khan was always in the news due to her participation in the UN refugee camps and breast cancer awareness. Our superstar also became the first Pakistani to walk in the Cannes Film Festival this year and we can’t be more proud of her!

Though the Cake actress has made it to this list of top 50 sexiest Asian women for the first time, amazingly, the editor placed her at number 19.  Sanam was in the news all year being vocal about many social issues including women empowerment.

Armeena Rana Khan becomes the 24th sexiest Asian lady of 2018. The Pakistani-Canadian actress also had an amazing year with a superhit drama Daldal whereas can be seen in Sherdil next year. Her philanthropic work for the Syrian Refugee Camps also earned her loads of appreciation whereas she also walked Cannes a couple of years back taking a British short film with her.

Interestingly, the Coke Studio sensation has held the 32nd position among the top 50 sexy Asian ladies being one of the most trending Pakistani celebrities. Momina also made it to Forbes ‘30 under 30’ Asia 2018 list for talking about women rights.

Mehwish Hayat has earned the 40th spot in the list of top 50 sexiest women of Asia. The diva starred in 2018’s Load Wedding alongside Fahad Mustafa, which turned to be a successful film that dealt with many female issues in the country. Mehwish also brought the social campaign #Timeisup to Pakistan to talk about sexual harassment and assault.

The young and super talented Mawra Hocane stole the 42nd slot in this list. She was part of the super hit Jawani Phir Nahi Ani 2, the most successful movie of 2018. Not just that, the starlet has also completed her Law degree with a distinction recently.

Iqra Aziz is also among the top sexiest women of Asia at #46, just one spot below the evergreen Bollywood diva Madhuri Dixit and one spot above Bollywood star Jacqueline Fernandez. The Suno Chanda sensation was trending all year and also grabbed the award for the most stylish actress in HSA’18!

The Full List of The Eastern Eye Top 50 Sexiest Asian Women Will Be Released On 7th December 2018 But Here’s What We Know So Far!

The article was first released on Very Filmi.