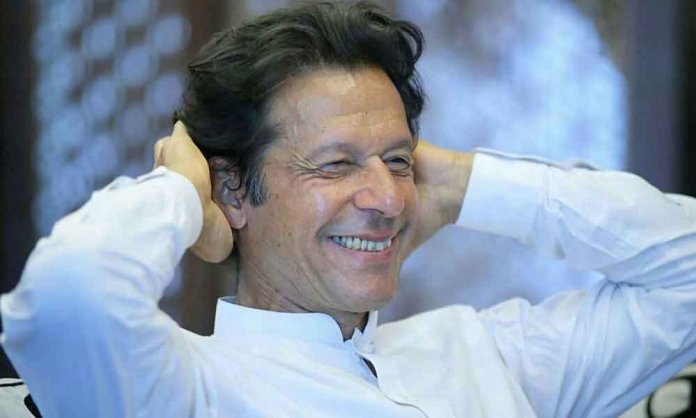 After revealing the names of the sexiest women in Asia, the UK based newspaper Eastern Eye has now compiled the list for the Top 50 Sexiest Asian Men for 2018!

Though the full list will be out in a few days, we have got our hands on the names of some of the hottest hunks of Asia who have made it to this list.

Sexiest Asian Women 2018: 7 Pakistani Beauties Make it to The List

Based on the votes from people around the world, the ranking also considers the popularity and media coverage each of these celebrities received through various platforms.

The South Korean music band is the topmost name in the list of top 50 sexiest Asian men for 2018. The band comprises of 7 members and they attracted loads of attention after they performed at the 2018 Billboard Music Awards.

Indian TV actor, Vivian Dsena has emerged out to be the top sexiest Indian men of 2018 and ranks 2nd in the list. T

he Bollywood superstar, Shahid Kapoor grabbed the title of the sexiest Bollywood actor on number 3 followed by Pakistani-British singer Zayn Malik at number 4.

Ranking at number 8, Ali Zafar has reclaimed his title as the sexiest Pakistani man of 2018.

The multitalented superstar made his successful debut in the Pakistani film industry in 2018 as the actor and producer of the blockbuster movie, Teefa in Trouble. He is the only Pakistani who is among the Top 10 sexiest men of Asia.

“I’ve never considered myself worthy of such titles but gratitude for your love always.” AZ

Fawad Khan is the Sexiest Man in India!

Bollywood superstar Akshay Kumar is the 9th sexiest hunk on the list followed by the heartthrob of the cricket world Virat Kohli at number 10!

Pakistani Celebrities Who Made it to the List of the Top 50 Sexiest Asian Men for 2018 are:

Not just that his first movie in Pakistan received raves reviews from the critics, it was also appreciated worldwide after it got screened at Film Festival in China where Ali Zafar proudly represented Pakistan on an international platform.

ANNOUNCEMENT: #Teefaintrouble now available in India and around the world (minus Pakistan/China) on Netflix. Enjoy!

Teefa in Trouble is now available on Netflix as well in about 25 different countries including India, and it can be considered as yet another achievement for Ali Zafar. Being titled as the sexiest men of Pakistan, Ali Zafar thanked all his fans and said,

“I’m humbled and thankful yet again. Big shout out to all the fans who voted.”

Fawad Khan might not have appeared in many projects but he still remains the second sexiest Pakistani man and the 12th sexiest in Asia. Famous for his dapper looks and outclass acting skills, the heartthrob is as famous in India as he is in Pakistan. The actor will be seen as the lead in the 2019’s Maula Jatt.

The doe-eyed boy, Imran Abbas has stolen the 23rd slot in this list, two spots above the Bollywood King Shah Rukh Khan (25). Imran is one of the constant faces on our screens and is currently starring in an ongoing drama, Koi Chaand Rakh.

Time to grab a snap before I start looking stale till the end of the shoot .. All set for whole night work. BTS #tvc #advertisement

Ali Zafar might be the sexiest man in Pakistan but his brother, Danyal Zafar, is all set to give him some competition as he ranked 40 in this list. The young singer made his debut in Coke Studio Season 10 in 2017 and was one of the co-writers of Teefa In Trouble along with his brother Ali.

Hamza Ali Abbasi becomes the 40th sexiest man in Asia and he’s the sixth sexiest Pakistani man of 2018. Hamza played one of the lead in Parwaaz Hai Junoon and would be soon seen in Haseeb Hasan’s upcoming TV serial ‘Alif’.

Eid Milad-un-Nabi Mubarak to all!✨💙 I wish we could've this atmosphere whole year. It's so pleasant.🤗 – //#HamzaAliAbbasi//

With back to back super hit songs in 2018, Atif Aslam was on a row to make headlines all year round. The superstar who is loved equally in Pakistan and India, ranks as the 46th sexiest Asian man of 2018!

Proving “age is just a number”, PM Imran Khan has been listed as the 48th sexiest Asian man. The 66-year old PTI’s leader was elected as the Prime Minister of Pakistan in the General Elections of 2018.

The Complete List for the Top 50 Sexiest Asian Men for 2018 will be released on 14th December but here’s what we know so far: