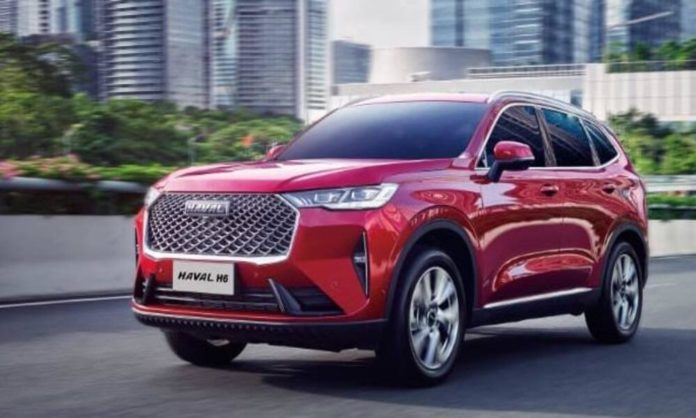 After its partnership with BAIC, Sazgar Engineering Works Limited (SEWL) is now bringing another Chinese SUV brand to Pakistan. SEWL is set to introduce an SUV brand called HAVAL. The company will assemble two variants of the car, including Haval H6 1.5T and 2.0T.

According to a company official, the company carry the capacity to produce 40 units a day in a single shift while 15000 vehicles annually. He claimed that the SUV would compete with KIA Sportage, Hyundai Tucson, Oshan X7, MG HS, and Cherry Tiggo 8 in the local market.

He further informed, “We started bookings in April and gave a delivery time of November. But we are delivering vehicles at the end of August, despite all the issues. We are three months ahead of schedule, and we plan to stay this way”.

“Right now, we are starting with two variants, the Haval H6 1.5T and 2.0T. But another variant – the Jolion – can be added in the next few months.” He added.

Read More: PakWheels Under Fire For Taking a Dig At CarFirst

In a notice, Sazgar has claimed that its operation trial has completed “before the stipulated time and first CKD roll-out is expected this month”.

Last year, Sazgar Engineering got the government’s green-field status to assemble SUVs. It is pertinent to mention that the company also manufactures rickshaws in Pakistan – the largest rickshaw maker in the country.

The company also introduced the BJ40 Plus, D20 vehicles, and X25 crossover in Pakistan, made by Chinese automaker BAIC.

Read More: Display of the modern tech, Suzuki offers a thrilling drive for the future

The below-mentioned price offer is only available to the customers who have already made the partial payments before July 31, 2022, and will make full payment as per aforementioned prices latest by August 26, 2022.