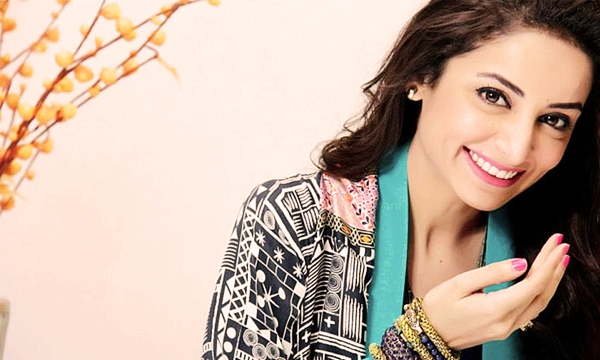 When Mahira Khan, Mawra Hocane and Humaima Malick made it to the entertainment industry across the border, Bollywood offers have been sweeping in for our local entertainment celebs. Next in line is the Jawani Phir Nahi Ani (JPNA) actress Sarwat Gillani, all set to work alongside a popular Bollywood ‘Khan’.

While talking to Tribune, Sarwat stated; “It’s going to be a Khan film … I will be working with one of the Khans.”

This does not by any means imply that the Bollywood has already charmed her or completely roped her in, away from the Pakistani industry.

Sarwat is next to be seen in an upcoming drama serial ‘Mohabbat Jeena Chahti Hai’ based on the work of a veteran Pakistani poet Parveen Shakir. The underlying message that the drama delivers is forced marriages prevalent in our society. It revolves around a love story between Naumaan Ejaz, Mikaal Zulfiqar and Sarwat Gillani.

JPNA was the first commercial movie she ever did that became a highest grossing film ever. Belonging to a Pukhtun family, Sarwat Gillani did not find it difficult to play a Pathan woman in the flick.

Sarwat said; “People loved my role because I played it very naturally. I didn’t have to make up the accent because I am familiar with Pukhtun culture to a great extent.”

A possible sequel of the film is also expected; “The main six cast members will be retained. Some others will be replaced,” she said.

The name of the Bollywood Khan whom Sarwat Gillani is most likely to work with is yet to be revealed.

Fawad Khan & Deepika To Star In Karan Johar’s Next Movie?

So who do you think is the Bollywood Khan? Let us know in the comments below: