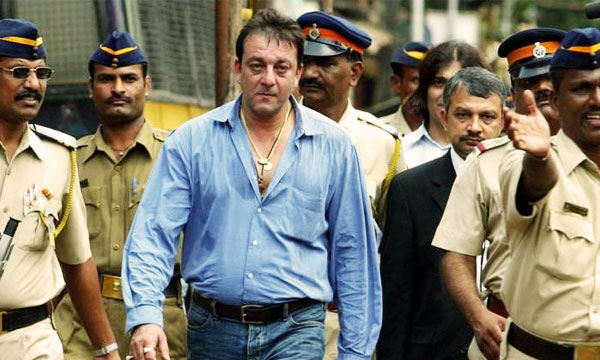 All-time favorite Bollywood actor, Sanjay Dutt was released from Yerwada Central Jail on the basis of good behavior on Thursday. The actor served a 42-month sentence for acquiring rights over weapons supplied by criminal association for the 1993 Mumbai attacks.

According to the reports, 56-year-old Sanjay was released eight months prior to his scheduled imprisonment sentence because of good conduct and behavior inside the prison. Sanjay Dutt was arrested for his involvement in the Mumbai attacks, by acquiring the rights to the arms and ammunition used in several attacks in Mumbai that killed 257 people.

There is no easy walk to freedom, my friends: Sanjay Dutt at Pune Airport after his release from Pune's Yerwada Jail pic.twitter.com/r2FLyWybqR

The actor was originally sentenced to six-year imprisonment. He was released on bail in 2007 on an appeal, after spending 18 months in the prison.

According to the 2013 Supreme Court verdict, Dutt’s conviction was cut down to five years from six; later he was given permission to complete his pending movies and was granted a four-week freedom from the prison.