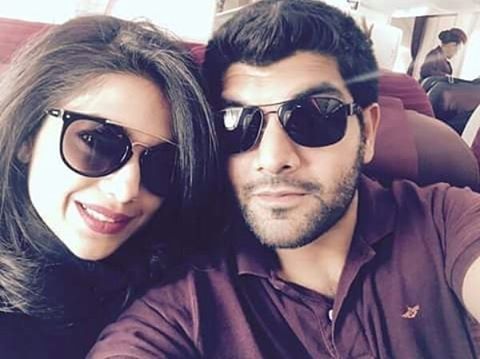 Sanam Jung is back on national television after she took a leave to get married. Several pictures of their honeymoon together in Indonesia have appeared on the Internet.

The actress turned host had taken leave from her daily morning show in December 2015 for her wedding – which was held on January 9th 2016.

Her pictures have taken the internet by storm. The ceremonies held looked simple, nothing over the top and Sanam looked really beautiful.

See the pictures from her romantic honeymoon below:

Sanam Jung Back on Jago Pakistan Jago After Wedding!

Sanam Jung’s Wedding: Mayun & Dholki Pictures You Might Not Want to Miss!