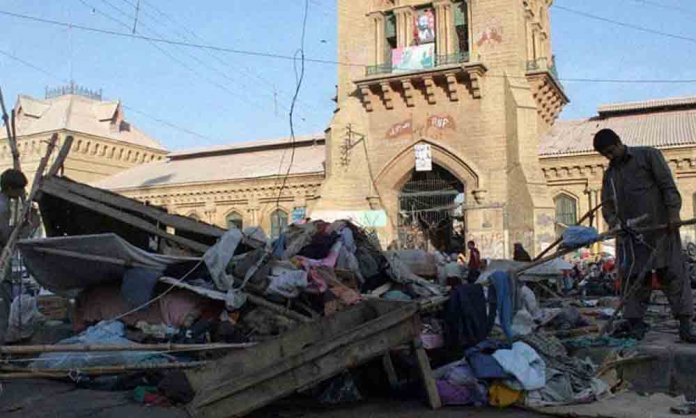 A massive anti-encroachment drive has kickstarted in Karachi and seems like the city’s Saddar area is amongst the first to witness an extensive operation.

Launched by the Karachi Metropolitan Corporation (KMC) and city administration, the anti-encroachment move will remove all illegally constructed shops and stalls from footpaths and pavements.

Dawn News reports that KMC, on directives of the Supreme Court, has removed more than 100 concrete shops, hundreds of pushcarts and stalls in Saddar and surrounding area within two days.

Empress Market Gets a Makeover

The second phase of the operation involved removing encroachments in and around Empress Market.

The market has really undergone a big change and now looks like a British place after yesterday’s operation against encroachment.

Over the past couple of days, the city is witnessing fierce traffic jams due to the anti-encroachment drive.

Karachi Traffic Police has issued a press release warning the citizens about the adverse traffic situation in the city.