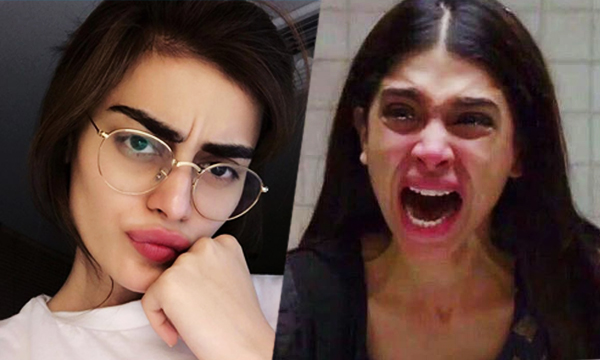 Like every year, Eid ul Fitr 2018 saw Pakistani movies engage in a ferocious fight to mint the most moolah at the box-office.

With the government barring the release of all Bollywood movies for the entire Eid week, four major local films hit the cinemas in full force. From comedy to romance, action to thriller; there was something for all movie-buffs to enjoy over the festive season.

In a nutshell, the Eid week has been reportedly very disappointing for Pakistani movies and it is about time our entertainment fraternity admits the reality!

While the rest remain mum on the matter, supermodel and rising actress, Sadaf Kanwal seems to be brutally honest about the deplorable box-office business on Eid.

Bad angle but the hair was looking too fabulous 💁‍♀️✨

Taking to Facebook, the haseena exposed the harsh truth that it has been the worst three days for all the Pakistani releases.

Quick to negate her was Sonya Hussyn who appeared pretty burnt by Sadaf’s comments.

Teefa in Trouble: Maya Ali & Ali Zafar’s Dance Number Has Us All Excited!

In a fiery reply, Sonya hit back at the supermodel and reasoned why the rest of movies appear to be lagging behind.

Also, she defended her own movie ‘Azaadi’, claiming that it has been successful in being a sold out in cinemas.

But Sadaf Kanwal hit the nail on the head with her powerful reply to Sadaf.

While Sonya Hussyn is yet to react to Sadaf’s statement, a large number of people agreed with the model. 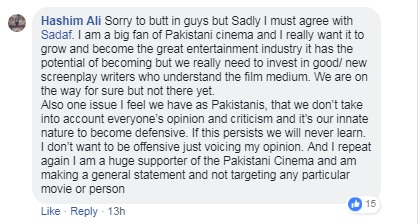 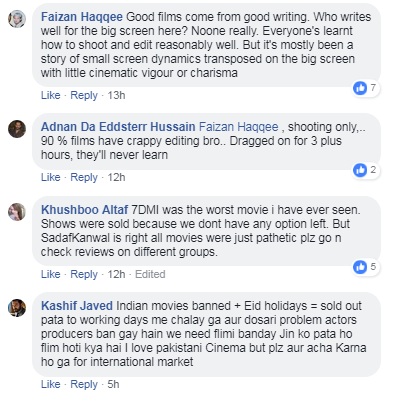 However, social media is also making sure they remind Sadaf of her average acting in Balu Mahi and an unimpressive item number in Na Maloom Afraad 2.

What is your opinion on the matter? Do you agree with Sadaf Kanwal? Let us know in the comments below.