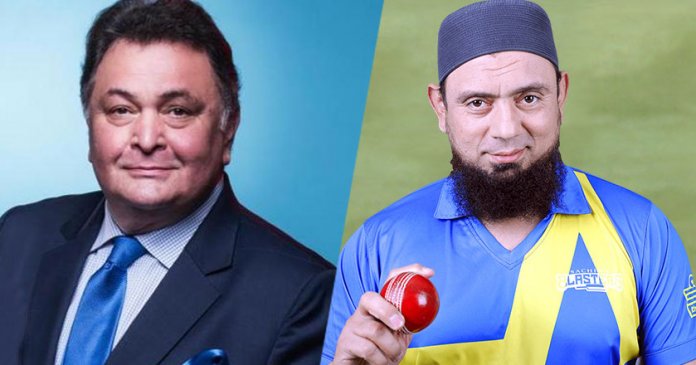 Bollywood’s legendary actor Rishi Kapoor has a reputation of finding himself in the headlines every other day. Mainly because of his controversial thoughts and tweets involving Pakistan.

Time and time again he has found himself in different situations, from sparking a backlash after sharing a cheap twitter on the women’s cricket team to blaming Pakistanis for creating a ‘fuss’ on social media.

In a interview on Arnab’s show “Nation Wants To Know With Arnab Goswami”, Rishi Kapoor was in the hot seat and things certainly got heated alright! 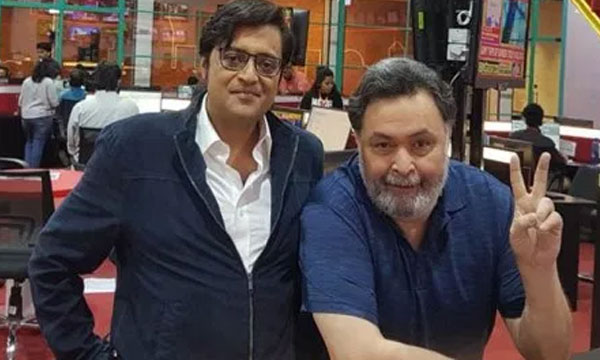 The interview with Arnab covered one such occasion where Rishi was seen talking about supporting the peace between the two neighbouring countries.

Referring to relations between India and Pakistan as a ‘jhagra‘, a term used when two friends squabble, Rishi Kapoor said:

“THIS FIGHT HAS TO END SOME DAY,”

When Goswami tried to grill him on the term “jhagra”, Kapoor stood his ground and didn’t falter.

Recently, Pakistani off-spinner Saqlain Mushtaq and the veteran actor exchanged words of harmony and peace while interacting with one another on Twitter.

“Sir Rishi Kapoor, your message of Peace and Harmony has touched my heart. We need more role models for humanity.”

“I promise, I will be your driver, will cook for you and take you in Pakistan, where ever you would want to go,”

Sir @chintskap your message of Peace and Harmony has touched my heart. We need more role models for humanity ✌🏼 pic.twitter.com/hihypD6YTI

“No egoes, little maturity and lots of love and peace. Yehi ek rasta hai. Thank you Saqlain bhai.Must end all this mayhem. North and South Korea have also ended their differences. When will we??????”

No egoes,little maturity and lots of love and peace. Yehi ek rasta hai. Thank you Saqlain bhai. Must end all this mayhem. North and South Korea have also ended their differences. When will we?????? https://t.co/CggPvaoXum

Rewinding back to a few days, Rishi Kapoor has also mentioned while on a TV programme that both Pakistan and neighbour India need to resolve their differences and negotiate as nothing can be resolved through war.

What are your thoughts on Rishi Kapoor’s push for peace and change?