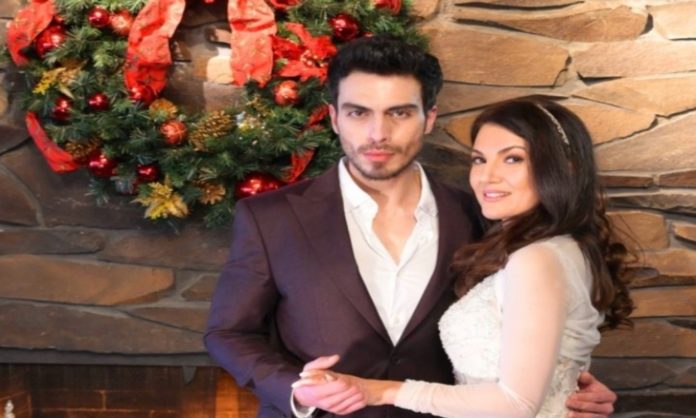 In the latest news, Reham Khan has tied the knot for the third time with Mirza Bilal, 36 who is known as a US-based corporate professional and a former model. This is the third marriage of Baig as well.

Baig is also a comedian and is quite famous. He’s often seen posting comedy skits on his social media handles which are centered around current affairs with a touch of satire.

Rehman Khan shared the big news on her Twitter account while quoting that she found the one who she can trust. The duo got married in a small wedding ceremony that took place in Seattle US.

Finally found a man who I can trust ⁦@MirzaBilal__⁩ pic.twitter.com/nx7pnXZpO6

Reham also shared a snippet from her simple Nikkah event where both the bride and groom can be seen together.

Read More: The Shaniera Akram and Feroze Khan ‘Fiasco’ Is Getting Out Of Hands

We had a lovely Nikkah ceremony performed in Seattle with the blessings of ⁦@MirzaBilal__⁩ parents & my son as my Vakeel. pic.twitter.com/960WQjgNqU

Reham Khan who has been so vocal about her last failed marriage with Imran Khan tied the knot with Khan back in January 2015. The ceremony was held at Khan’s Islamabad residence. However, the couple got divorced soon after that is ten months to be exact.

A few months ago Pakistani-British journalist Reham Khan made a guest appearance at a talk and shared her views about finding love again. Even though she has already had two failed marriages, Reham was open to the idea of love and getting married once again.

Reham was born in Ajdabiya, Libya in 1973. After completing her education in Pakistan, she started her career as a broadcast journalist in the UK in the mid-90s. During her time there she also worked as a weather presenter for BBC South. She then moved to Pakistan in 2012 and met Imran Khan when she interviewed him for a local TV show. That infamous interview was later rumored to be the culprit that ignited the spark between the two.