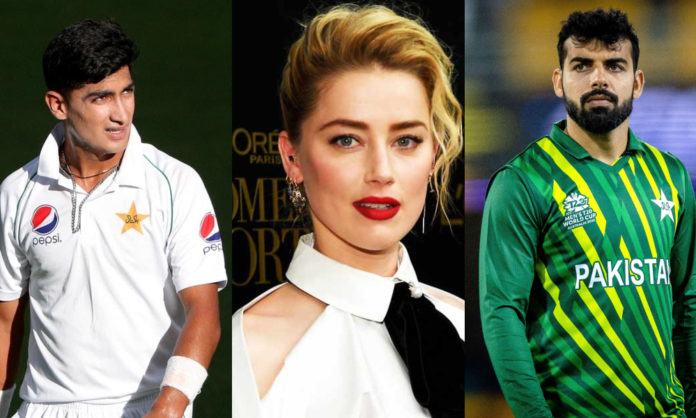 Cricket continued to be the primary search trend as the T20 World Cup, Asia Cup 2022, and PSL 7 took the top three slots in the overall list of top searches this year. Due to inflation, floods, and widespread financial instability, people looked for government initiatives and financial assistance programmes like the Ehsaas Program.

Usually, we would expect celebrities to grace the list however this time they were replaced by well-known Pakistani cricket players including Muhammad Rizwan, Shadab Khan, and Iftikhar Ahmed.

The following individuals a Pakistan’s top-searched for in 2022:

Understandably at the top of the list is a well-known Pakistani bowler who has millions of admirers, especially in the wake of the recent T20I World Cup 2022. He made many memorable performances against the England team during the home series and also in the crucial world cup matches.

The second most popular search on Google Pakistan in 2022 is for the late former president of Pakistan, Pervez Musharraf. The death-related speculations that appeared earlier this year have been refuted by his family. He has lived there for a very long time. He served as president from 1999 until 2007. Along with that, Pakistanis have been especially paying a lot of attention to its military forces which have caused him to surface as one of the top people searched

Due to Google searches after an assault on the controversial author in the US, Salman Rushdie is third on the list.

Iftikhar Ahmad, the anchor of Pakistan’s middle order and our beloved Chachu, is the fourth most-searched person in that nation on Google this year. In a match against India at the T20 World Cup 2022 in October, he smashed 51 off 34 balls, including four sixes.

Probably the most consistent player on the Pakistani cricket team has been the 5th most searched personality in Pakistan. Mohammad Rizwan also won numerous honors for his outstanding all-year performance.

Seems like politics and cricket are the hottest topics for the Pakistani population. The prime minister, Shehbaz Sharif, placed sixth. When PTI leader Imran Khan was removed as prime minister by a vote of no confidence in April of last year, he first came to public attention when he was elected as a joint candidate of the opposition coalition, PDM.

Pakistani all-rounder Shadab Khan kept turning up in Google searches for both good and bad things. For failing to make critical catches against Sri Lanka in the Asia Cup 2022 final match, he faced criticism from the general public. But he also achieved the distinction of becoming Pakistan’s leading wicket-taker.

Our experienced test cricket player Azhar Ali has been placed at the 9th rank of the most searched people in Pakistan since although being retired from shorter formats, Ali is quite active on Social Media

One of the most outspoken journalists in the country has been at the 10th spot as this was quite a happening year for him since he got arrested which became the talk of the town.

Wasn’t this interesting to know? What do you think? Let us know in the comments below.