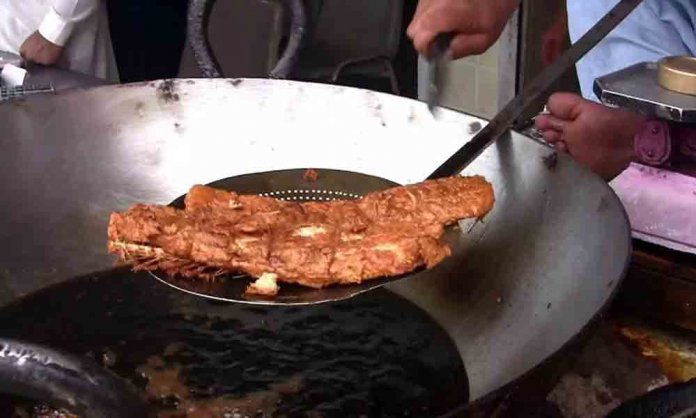 According to ARY News, these restaurants in Committee Chowk were sealed for violating food regulations. The rancid oil was discovered to be cancer-causing.

Many eateries were exposed for storing fish in open and dirty storerooms. What’s worse, sewerage water was mixed with the fish.

A raid was also conducted in a spice factory and it was discovered that spices like macchli masala and biryani masala were being manufactured in unhygienic conditions.

Non-edible items like animal feed and red color were being used to produce the spices.

What’s even more shocking, mice, roaches and were roaming in raw spice and dirt was spread everywhere in the production unit.

“It is not only our responsibility to keep a check on these places, I urge people to report to us if they see any such activity in their surroundings”

Do You Know The Incredible Benefits Of Not Peeling Fruits & Vegetables?

6 Delicious Chicken Recipes For Beginners To Try At Home

The Innovative Snack We Want You To Try Next!