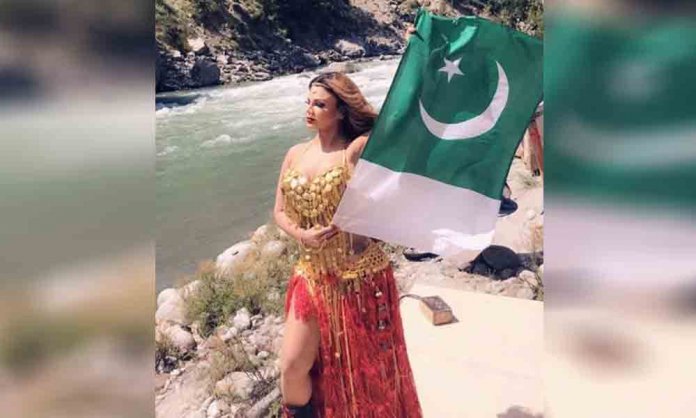 We all know how the Indian actress Rakhi Sawant is good at stirring social media debate with her antics. She is one of those actresses who always manage to grab eyeballs by making controversial statements.


Recently, Rakhi Sawant initiated a social media debate yet again when she posted a few pictures while holding a Pakistani flag.

She posted a number of photos where she can be seen holding the Pakistani flag during a shoot of her Item number in an upcoming movie.

In the pictures, she can be seen dressed in a red feather skirt with thigh-high slit with a halter neck and golden blouse.

She shared the picture with the caption:

Here a look at the pictures!

Later, she shared a video where she talked about the movie and revealed that she playing the role of a Pakistani dancer for an item song.

Im jast plying my character in the film 🎥

Unsurprisingly, as soon as she posted the pictures, her followers on social media started bashing her.

Have a look at what people have commented: