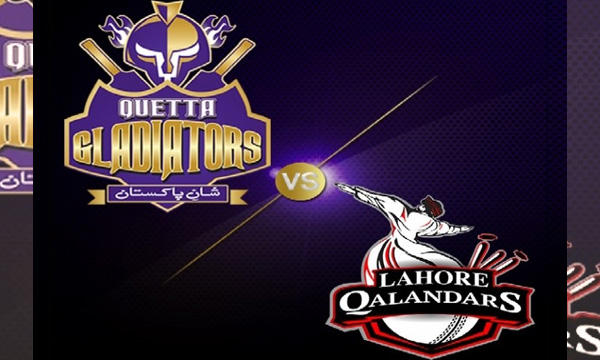 UPDATE: Lahore Qalandars have defeated Quettta Gladiators comprehensively by 63 runs margin and registered their first victory of the league. What a superb innings played by Umar Akmal who scored a blistering 93 off just 40 balls hitting 8 sixes and guided his side to set 195 runs target.

Gladiators was totally outclassed by opponents in both batting and bowling and bowled out at 131 runs only in reply of huge target of 195. Zafar Gohar took four wickets giving away just 14 runs in his four overs.

THIS IS HOW YOU BAT LIKE A QALANDAR! @Umar96Akmal pic.twitter.com/5xZNa83B4v

In the 8th game of PSL T20 2016, the unbeaten Quetta Gladiators will be facing Lahore Qalandars who have not tasted victory yet. The confidence of triumphant Gladiators is soaring high after completing their victory hat-tricks against everyone’s favorite Peshawar Zalmi last night.

On the other hand, the disappointing thing about Lahore Qalandars is not their back to back defeats but giving up the fight. Let defeats aside, Qalandars have consistently underperforming and not doing justice to their potential on the ground. This might be because of their high dependance on Chris Gayle who is completely off color these days. Can it be Gayle’s action today? The cricket lovers are definitely missing the sixes show. Now that fans have seen some nail-biting competitions yesterday, they will be expecting more thrill in the upcoming matches.

Currently, Lahore Qalandars are at the bottom of the points table while Gladiators are on ranking top.

The thumping victory by #LahoreQalandars has set the tone for much more to come from #MobilinkKaySikandars! #LQvsQG pic.twitter.com/1wwt8Vg8qg

They need to rebuild again, but @TeamQuetta have already had some great batting. Watch it here: pic.twitter.com/4rQkNBY3SX