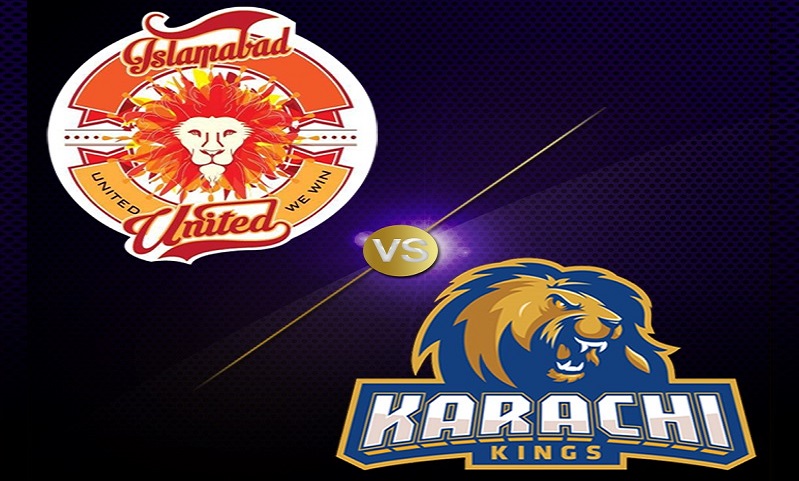 Islamabad batting first scored just 132-8 runs in their 20 overs and manged to defend this low total successfully in the end by heroic of Saeed Ajmal who dismissed two batsmen in a over.

Karachi Kings and Islamabad United will play head to head against each other in PSL T20 2016, for a must win battle today in Dubai International Cricket Stadium.

After a dismal show in first two matches, Islamabad United will have to win this match at any cost to keeps themselves in the competition. It will be an uphill task for Misbah ul Haq to lift the morale of his team and taste victory. The team and fans will be relying on Saeed Ajmal and Misbah ul Haq to show the magic in the field. Karachi Kings was even though defeated by Gladiators easily, their overall performance was not too bad in the previous match. Shoaib Malik and company will definitely look into their shortcomings and show improvement today. Having utility players like Imad Wasim, Shakib-ul-Hassan, Sohail Tanvir, Mohamamad Amir and the skipper himself, Karachi Kings can pull the strings easily in their favor.

We're all set for an exciting finish! @IsbUnited piling on the pressure on @KarachiKingsARY! pic.twitter.com/2eiE1blw3n

.@IsbUnited have started strongly! We definitely have a match on our hands here! Update pic.twitter.com/dOhtUDTcQc

.@IsbUnited fans might not want to see this, but take a look here at the first two wickets of their collapse. pic.twitter.com/ZpcRpIUck6