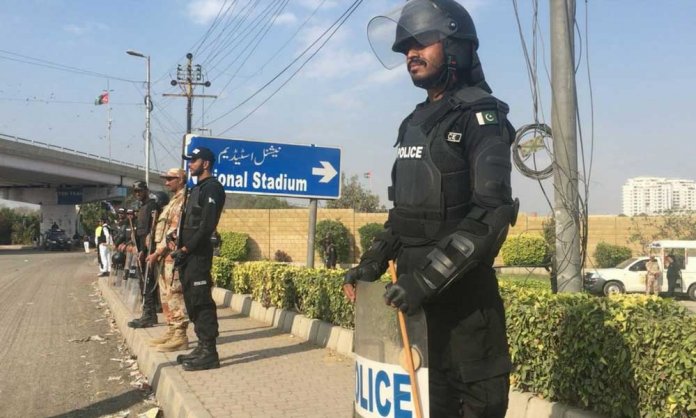 Pakistan Super League (PSL) 4 is coming to Karachi! The matches which were supposed to take place in Lahore will also be played in Karachi now at National Stadium.

In order to avoid all inconveniences and to make lives easier for the citizens who will be commuting around, an official traffic plan has been shared. 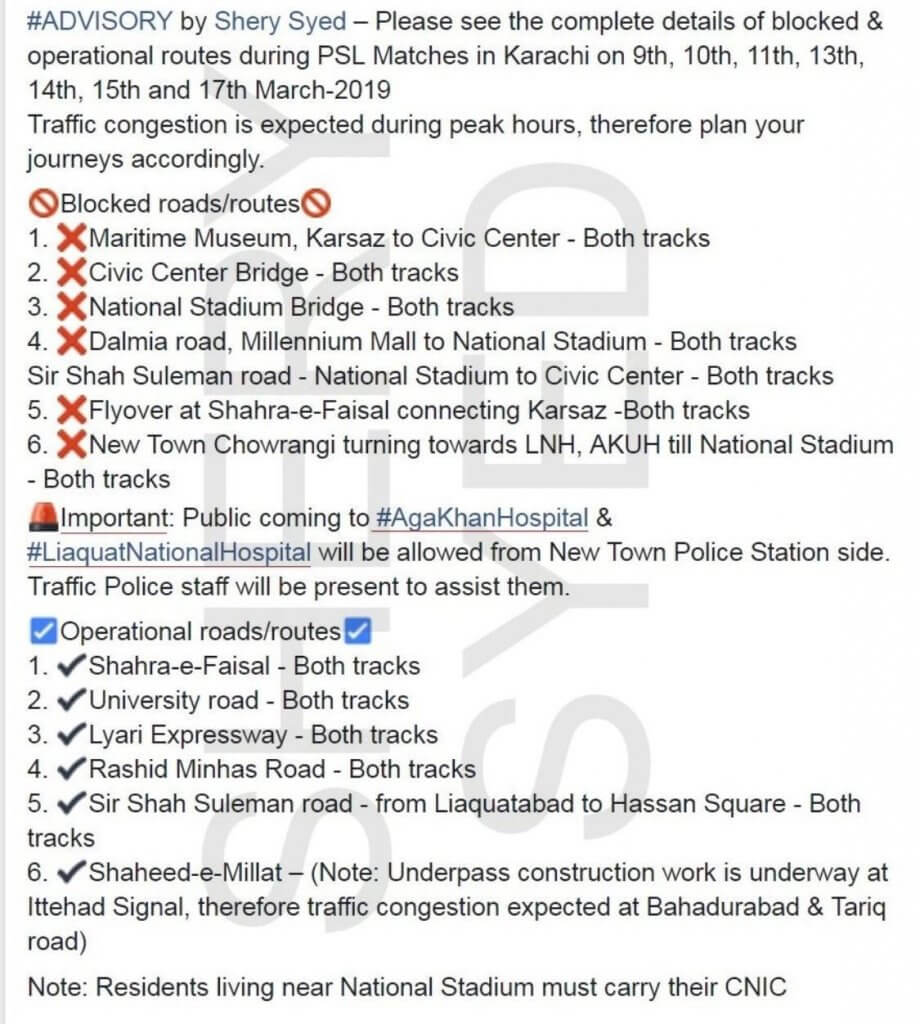 It is being expected that plan the same plan will be carried out for the other matches as well.

According to the traffic police, five Parking Areas have been designated for the PSL 4 plan. Four of them will be at University Road and the fifth will be at Dalmia.

All visitors will be taken from the parking area to National Stadium via shuttle service. All visitors are also required to bring their original CNIC.

Karsaz till Hasan Square and Agha Khan Hospital gate number three will remain closed for regular traffic. Roads on the backside of National Stadium will also be closed and only residents of the areas will be able to get around by showing their CNICs.

On the other hand, Sharah-e-Faisal and Rashid Minhas road will remain open.

Traffic Going Karsaz and Dalmia will have to take defined alternate routes.

Heavy Traffic will not be allowed and will be diverted from Laiquatabad and Jail Chorangi.