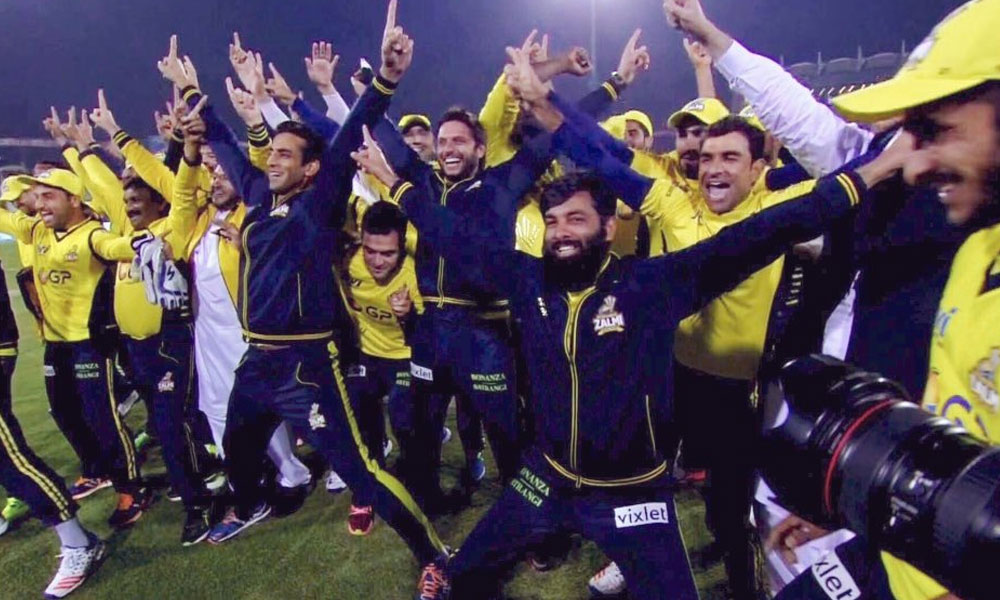 Peshawar Zalmi, the team to be remembered in the history of cricket in Pakistan and in PSL! For the first time in 2 years, PSL came home, in the country where it belonged from day 1, and every Pakistani truly embraced the league with open hearts.

Not only did Peshawar Zalmi, a crown favourite team win the cup, the team also made a statement that Pakistan won against terrorism, and all Pakistanis were right behind supporting their players!

Everyone could not help themselves from praising the international players who became a part of the memorable night.

Even players who could not be a part of the PSL 2017 Lahore Final expressed joy for cricket’s return in the country. Congrats @PeshawarZalmi on your first Title in @thePSLt20 .. enjoy the celebrations l! 🏆🏆🏆👏🏻👏🏻👏🏻
So happy for @SAfridiOfficial !

#PSL2017 #PSLFinal..Soooo loved PSL II..fab tournament & blessed to have been part of 👏 Shame i can't be there this final next yr everyone 😎

Looking forward to the PSL final tonight with these legends🏏 win or lose, cricket and the people of Pakistan are the winners #PSLFinalLahore pic.twitter.com/xJjntJAEyy

PSL CHAMPIONS 2017 🏆🥇 what a few weeks its been with these guys. One in all in. 🏏 #PSLFinalLahore #peshawarzalmi #champions #overseas pic.twitter.com/hMOSK85dWG

Jubilation in the @PeshawarZalmi camp, the proud owners of the #HBLPSL 2017 trophy! A team that played like a champion indeed. pic.twitter.com/HZX6ivOscQ

You can easily tell how much @ProfDeano loves Pakistan. It's just awesome. Thanks Deano 👍🏼#AUS💚PAK #PSLFinalLahore

Someone once described the #PSL to me as the "life blood" of Pakistani cricket. Congrats to #Pakistan for bringing it home. #PslFinalLahore

I've been an analyst of #Pakistan for 10 years. I can't recall witnessing such pure euphoria & patriotism. A great scene! #PSLFinalLahore

This is dedication to your #PslFinalLahore .. This is #Sami the #captain of #PeshawarZalmi also in #Lahore #Pakistan pic.twitter.com/IccBu0qnWQ

Here’s a flashback of the Lahore Final!