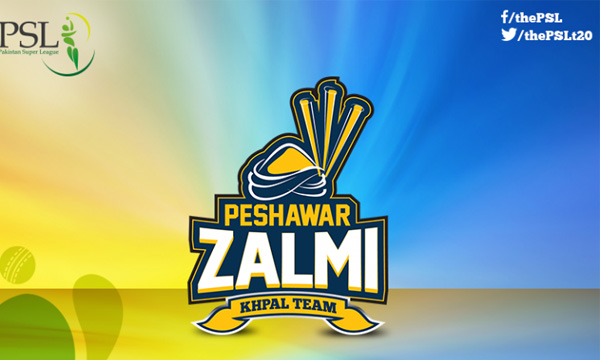 As the New Year unfolds, the hype for Pakistan Super League 2016, to be held in February is high in the air. Peshawar Zalmi is one of the five Franchise teams of PSL T20 tournament and is represented by the Peshawar city. The team Peshawar Zalmi is owned by Javed Afridi of Haier Pakistan.

The logo, team squad and upcoming match schedule for the season have been unveiled for the fans. Let’s have a look.

Aiming to slay the rivals with the Pakhtoon power, Peshawar Zalmi has unveiled a colorful emblem for the team. The Peshawar Zalmi team logo is a conventional turban with wickets in shades of green, yellow and blue. This has given a hint of desi to the logo.

Boom Boom Afridi is to lead the team under the coaching of Muhammad Akram. Batting consultant for Peshawar Zalmi in the upcoming PSL 2016 season is the former Zimbabwe player, Andy Flower.  The team is also known as PZ.

Apart from Captain Shahid Afridi, Kamran Akmal, Mohammad Hafeez, Dareen Sammy, Brad Hodge, Tamim Iqbal and Chris Jordan are amongst national and foreign players to be included in the squad.

Check out the complete list of Peshawar Zalmi team for the forthcoming PSL 2016 T20 Tournament scheduled to begin from February 4th, 2016. According to the first season of Pakistan super League T20 Schedule, Peshawar Zalmi team will play their first match against Islamabad United on February 5th, 2016 at Dubai International Stadium.

Check out the upcoming match schedule for Peshawar Zalmi below; As per the reports, PSL 2016 is to take place in Dubai and Sharjah on February 4th where the League is to host 24 matches in 20 days. The League will come to end on February 24th 2016.