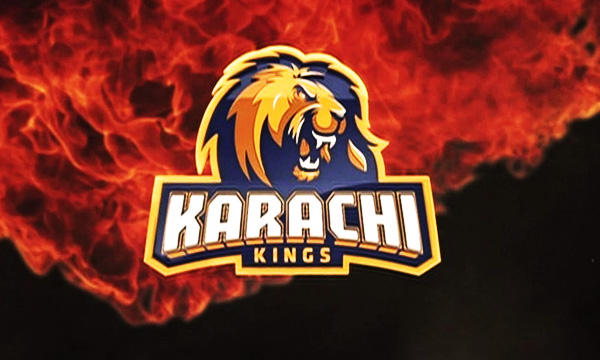 The start of the year 2016 has witnessed major hype for The PSL 2016! The team ‘Karachi Kings’, owned by ARY Digital’s CEO Salman Iqbal is one of the most popular teams on the Pakistan Super League (PSL 2016) panel as it is being supported by many celebrities.

Karachi Kings is owned by the ARY Media Group who purchased it for 2.6 million dollars. The legendary cricketer Shoaib Malik is to lead the Karachi King team as the captain while Mickey Arthur of South Africa is to coach the team for the inaugural season of Pakistan Super League 2016.

Karachi Kings represents the Karachi City which is the capital of Sindh, Pakistan. The logo, team squad and team fixtures for the season have been unveiled for the fans. Let’s have a look.

Karachi Kings team logo is a Lion with Karachi Kings written below in White and Gold color. On the day of the official logo reveal ceremony, Salman Iqbal the owner of the team said that the Karachi Kings insignia is a true representation of the spirit of the team and reflects the resilience of Karachi. Shoaib Malik was the Platinum choice and he is to lead the team in the first season along with other local Pakistani players Muhammad Amir, Sohail Tanveer, Bilawal Bhatt and Immad Wasim in the squad.

Karachi Kings included the world’s Best all rounder Shakib al Hasan in the player’s list along with the Wicket keeper batsman, Mushfiqur Rahim in the squad at the PSL Auction.

The Franchise management staff also comprised of the English Players James Vince, Ravi Bopara and L Simmons as a foreign players. Check out the full team squad of Karachi Kings PSL Team 2016 below;

After the player auction of PSL T20 2016 Karachi Kings team squad, every team must take 16 players. There are 11 local (National) and 5 Foreign (International) players.

Karachi Kings is to play their first match on 5th February against Lahore Qalandars at 16.00

The Launch Concert of Karachi Kings is to take place on 8th January 2016 at National Stadium Karachi.

As per the reports, PSL 2016 is to take place in Dubai and Sharjah, beginning on February 4th where the League is to host 24 matches in 20 days. The League will come to end on February 24th.