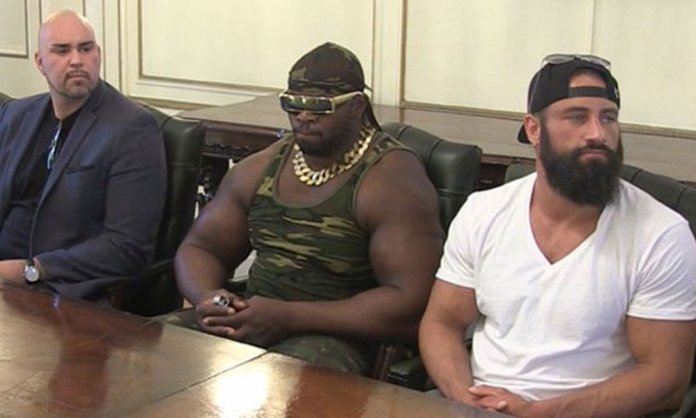 Pro Wrestling Pakistan superstars are coming back for season 2! The sportsmen Tiny Iron, Bram, Pram and Chardonhay made this announcement in a press conference in UK.

They were joined by Ring of Pakistan (ROP) CEO Imran Shah and Pakistan’s High Commissioner to the UK Syed Ibne Abbas.

Known as Pro Wrestling Pakistan (PWP) and Pro Wrestling Entertainment (PWE), season 2 will now be renamed to Ring of Pakistan (ROP). Around 25 international wrestlers from Germany, USA, UK, Belgium, and France will be visiting Pakistan in August 2018.

Pro Wrestling Entertainment, Pakistan’s first international professional wrestling event is set to return for season 2 in the upcoming months. According to reports, the event is set to take place in August. Well-known international wrestlers Tiny Iron, Bram, Pram, and Chardonnay attended a press conference today in London with Pakistan’s High Commissioner to the UK and Imran Shah, the CEO of PWE (now known as Ring of Pakistan). During the press conference, it was confirmed that this time as many as 25 international wrestlers will come to Pakistan from all over the world including UK, USA, France, Belgium, Germany and more. Next month, another press conference will be held in Pakistan with a few of international stars present to discuss the details of the upcoming event. The schedule, venue and the list of wrestlers will be revealed in the same press conference the next month. Till now, every international star who came to Pakistan last year is expected to return. There is even speculation that ROP is hard at work trying to bring WWE superstars to Pakistan. If things go the way the organization has planned, we could soon see some very big names in the wrestling industry coming to Pakistan.

PSL 4 Matches to be Played in Pakistan?

Syed Ibne Abbas added that these wrestlers will also visit in July for a press conference. He also shared that wrestling has become a very popular sport in the country in the last couple of years, but compared to other sports, was neglected.

Labour MP Shah announced that four international wrestlers will be a part of the press conference, he said, “We will reveal names of the venues and a full line-up of more than two dozen wrestlers who will be taking part in the matches.”

Tiny Irom took the moment to share that he is going back to Pakistan to ‘meet his family. He said, “We will reveal names of the venues and a full line-up of more than two dozen wrestlers who will be taking part in the matches.”

Are you going to watch the shows?