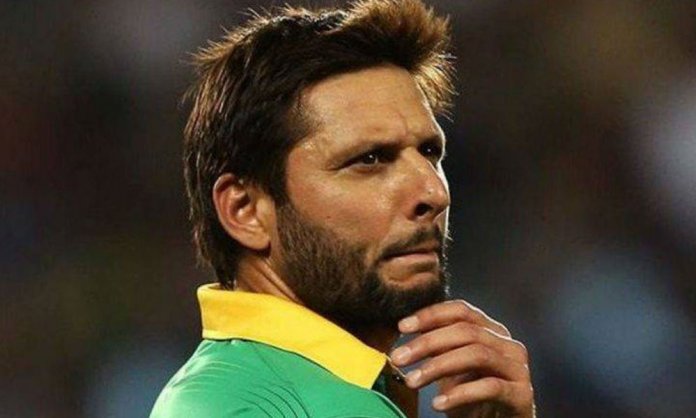 Shahid Afridi, or Boom Boom Afridi has been one of the most loved Pakistani cricketers of all times. The former skipper has proved time and time again with his big hits why nations adore him.

However, our superstar got trolled on a web show called Bajji blast hosted by the Indian fastballer, Harbhajan Singh. Shane Watson, the guest on his show joined Harbhajan is trolling Afridi for his age.

Watson has questioned Singh about what his age was when he took his first hat-trick, on hearing it was 18, Watson joked, stating if the southpaw was referring to his ‘cricket age’ instead of his ‘birth age’.

Before you know it, the conversation moved toward’s Afridi when Harbhajan in reply to Watson asked, “Did you spend lot of time with Afridi?” to which Watson replied: “He (Afridi) has been 36 for about 7 years. That’s a great effort.”

Harbhajan is known for having a funny bone in his body, off-field, all 3 cricketers are good friends and have a beautiful relationship. P.S Afridi is just 38!