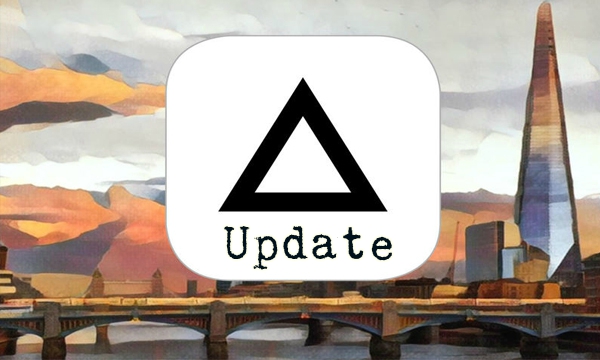 Update: Prisma’s app update has one again won everybody’s hearts, this time, Prisma finally brought one of the most awaited features, offline editing. The update has rolled out for iOS but has not reached the Android platform as of yet.

One of the major reasons behind this update, asides the demand for it, is that the startup time of the application has reduced from 1 minute to 3 seconds. According to Cheif Executive and Prisma Labs Co-Founder, Alexey Moiseenkove, “Neural networks work great with sound and voices also, but we need to focus on what we have first.” Moiseenkov told VentureBeat in an email. Initially, the offline version of the app only operated with half of Prisma’s 30-odd filters.”

Moiseenkov told VentureBeat in an email. “Initially, the offline version of the app only operated with half of Prisma’s 30-odd filters.”

The application also announced a ‘Philanthropic Filter’, along side Elby, users can donate $1 for a good cause.

The application that has everyone head-over-heels, Prisma AI, has new updates. The Prisma app update has once again created major hype towards the application, as it brought a new filter, blending and cropping tools, and a much-needed performance boost.

Not everyone has received the new update; those who own the application will see it within a couple of days. The new Prisma app update has been rolled out for both Android and iOS.

Here are the features and updates you can surely look forward to!

The update allows users to crop images- Users finally have the freedom to play with the images as much as they want to by pinching in and out to get the desired portion of the image they wish to apply the filter on.

The Prisma app update does not only allow users to do basic cropping, but they can also rotate their images accordingly. The image can be rotated at 90-degrees in any direction the user wants. To rotate the image, tap on the ‘Crop’ button on the screen, you will be able to find the rotation options there.

Now, users can control the blending on the filters they apply to each image. The Prisma application update gives the users control over the original image and the filter. The new blending tool helps the user set the right level to balance both images.

The new rolled-out update is treating all users with a brand new and cool filter. The ‘Split Filter’ effect is only available for iOS as of now, Android users are yet to see the new filter. It allows the user to apply a filter on half of the image while the other half remains original.

Artisto: The Prisma App for Videos

The Prisma app update finally got what it really needed, a major performance boost. Users do not have to wait long now before the filters are applied on the images.

The application is performing faster, meaning that uploading and selecting images have picked its pace too. A more responsive and faster Prisma is attracting more users.

The application is performing faster, meaning that uploading and selecting images have picked its pace too. A more responsive and faster Prisma is attracting more users.

However, it is still unclear whether the improved performance is due to software optimization or if the servers have been improved from the other end.

How to Remove Prisma Watermark & Save Pictures Automatically