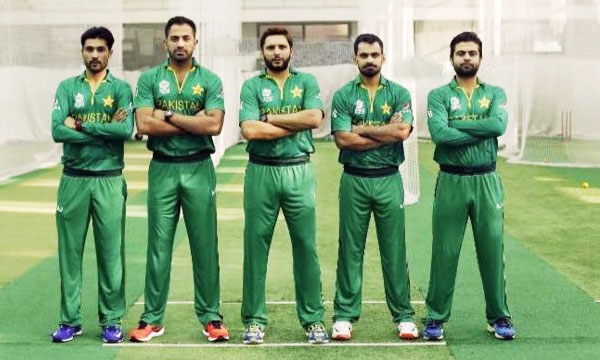 Between all the uncertainties whether Pakistan will be playing the World t20 or not, Pakistani fans have something to be excited for; our team stars shine proud and bright in the official World T20 2016 kit, unveiled recently.

The Pakistani team cannot simply wait to outshine in the ICC World t20 2016, however, the question still remains unsure regarding the board’s decision to send the team to India.

View the stars in the official team jerseys below: Mohammad Amir crushed the opponents in the Asia Cup and looks just as ready and in full swing for World T20 2016. His exceptional performance against India in the Asia Cup 2016 gave a very clear message that the team will be giving a hard time. Besides Amir, the team has a balance of talented cricketers; the unveiling of the official jersey accelerated the fans’ passion for the team.