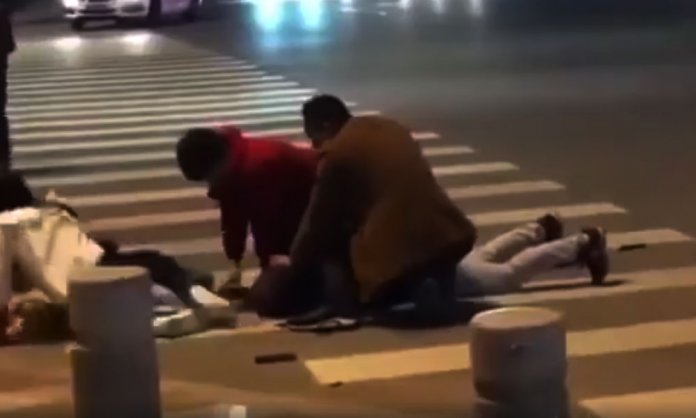 According to different sources, a Pakistani student was murdered in China. Identified as Usama Ahmad Khan, the boy as studying at Shenyang Jianzhu University on scholarship was killed in public.

Apparently, Usama was brutally murdered by the father and brother of the girl he was dating in the name of honour.

Reportedly, a video has also surfaced showing two men, who appear to be injuring the boy with what appears to be bricks or stones.

China: Pakistani student Osama(University: Shanyang) killed in public by the father and brother of the girl he was dating. This is 2nd such case, foreigners are definitely not safe in China. Any word on it ? @ImranKhanPTI@ShireenMazari1 @fawadchaudhry @omar_quraishi @ChinaDaily pic.twitter.com/55ocpLb3J3

Despite the girl screaming for help, bystanders do not approach to help him or call an authority to help the victim.

Watch the Video Below

Furthermore, TV anchor Ali Arif (@i_aliarif) claims that Usama’s friend had revealed that they were often beaten up by local boys to convert their religion.

You”ll shocked to know what Osama’s friend in China has claimed,
Local students beat them up and force them to change their religion.
He said that they are on scholarship in Shanghai University, but @pid_gov isn’t giving them their scholarship funds.#ChinaMustAnswer

The deceased belonged to Bahawalpur and was a Civil Engineering student at Shenyang University in Liaoning, China.

On the other hand, the Foreign Office (FO) has dismissed the claim of Osama Ahmed Khan’s murder.

The office claims that he had committed suicide – the video is not of Osama.

The video being circulated on social media is fake and is not that of Usama Ahmad Khan. We request all to help us in exercising caution in such matters, avoiding sensationalism and stop spreading of ‘fake news’.

The body of the young man had been transported back home on 17th November. An official notice was also issued on the matter. 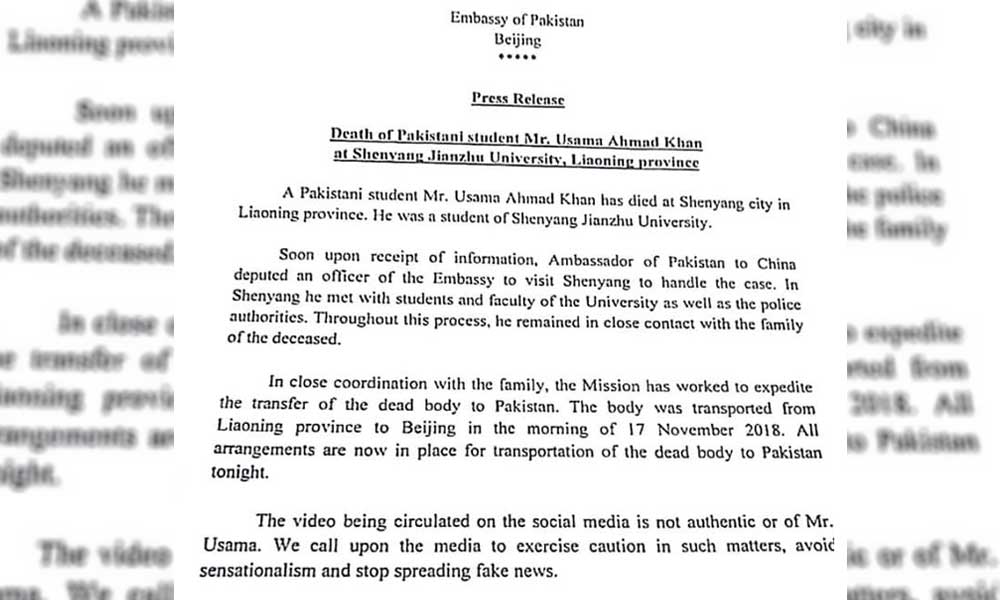 Earlier in July, a similar case had surfaced when 26-year-old Pakistani student, Moiz-ud-Din was stabbed to death while being accompanied by his girlfriend on the roadside. Reportedly, Moiz was enrolled in the Chinese language program offered at Nanjing Normal University where he studied on scholarship.
Stay tuned to Brandsynario for more news and updates.