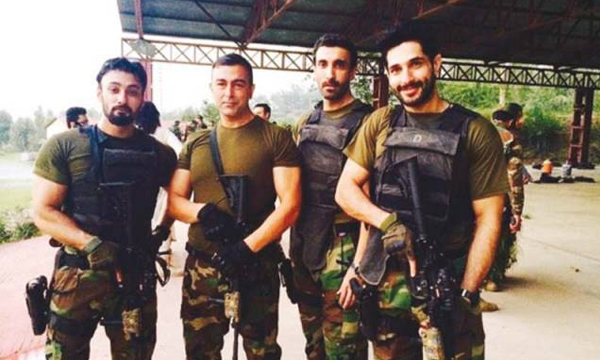 One expects Pakistani movies to hit the screens on the expected release dates however, this almost never happens. The feature film and directorial debut of Hassan Waqas Rana, Yalghaar is now all set to release in August or September this year.

It is not a surprise that many of the Pakistani movies have lengthy shootings and post production phases. A victim of this tradition is the upcoming new age movie Yalghaar. Yalghaar was previously set to release last December, however was later postponed to July this year. It has recently been confirmed by Rana that the movie has reached its final post production phase. The director said that many have suggested to release the movie on August 14th or September 6th, as it will go with the movie’s theme.

“The rough cut is ready and we are now working on the post-production for Yalghaar, mainly the visual effects (VFX) and sound design,” the writer-director said. The post-production of the movie is being undertaken in four different countries, says Rana. “We are currently uploading the film on the servers after which production companies from four different countries will work on it,” he said.

From the makers of “Waar”, comes another tribute to Pakistan Army, “Yalghaar” featuring Shaan, Humayun Saeed, Adnan Siddiqui and more. According to Momin Ali Munshi, the movie is all set to be released in February 2016.

Earlier, Shaan had announced the release date of the movie at the Nikon Photo & Film Festival, where he was invited as the guest of honor. The event was held at Lahore’s Crystal Hall, Pearl Continental Hotel. Nikon’s Top 10 finalist’s photos and Top 10 videos from the 2015 competition were screened, followed by the announcement of winners.