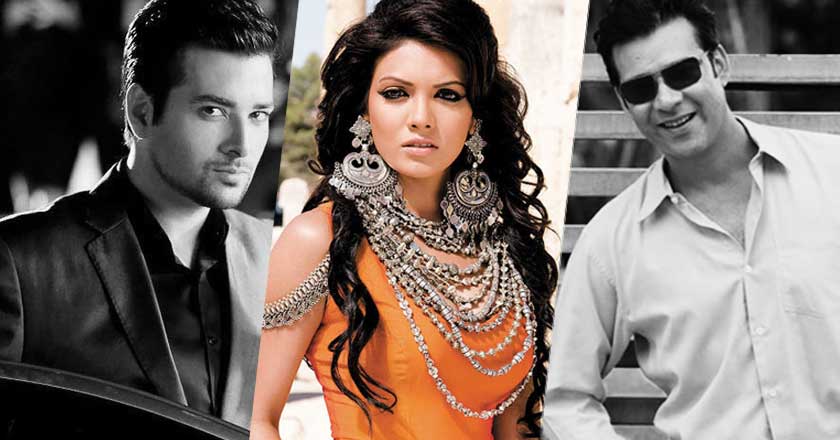 Over the years, numerous Pakistani actors have crossed the border to make their mark in India through their work. While some like Ali Zafar and Fawad Afzal Khan have garnered huge recognition and appreciation from both sides of the LOC, others have failed to impress us terribly.

Here is a list of some popular Pakistani celebs that went unnoticed in Bollywood.

Moammar Rana’s career took a nosedive after starring in Bollywood bombs. He worked in Hindi movie Dobara in 2004 and Ek Second… Jo Zindagi Badal De? but both were slammed by critics. Lollywood’s controversy queen Meera kicked off her B-town career with Nazar in 2005 which was not received warmly. She has worked in some of the most notable flops in Indian cinematic history. Veena Malik has managed to make some headlines in Indian media but for all the wrong reasons. She had been in the news for her bold photoshoots, her relationship with Ashmit Kapoor and her scandals, but never once for her acting skills. The sultry actress starred in a Punjabi film Pind Di Kurri in 2003. She had signed many Bollywood films since then but is still regarded as B-grade actress in India. Sonya Jehan, the granddaughter of the legendary singer Noor Jehan, made her big-screen debut with the romantic and historic Indian film Taj Mahal: An Eternal Love Story in 2005. Although she played the powerful role of Mumtaz Mahal, her acting did not propel her to stardom. She was also seen in My Name is Khan and Hollywood thriller drama film The Reluctant Fundamentalist. The beautiful actress shot to fame for her Pakistani dramas but failed to make her presence felt at the big screen despite changing her name. The diva appeared in Kajraare in 2010 and Murder 3 but did not serve more than an eye-candy in leading role. She will star in few upcoming Hindi movies including Barkhaa and Ishq Click. Her tremendous performance in Bol might have brought her the ticket to Bollywood, but Humaima Malik failed to hold audience’s attention through her role in Raja Natwarlal. Her career in Bollywood appears to have come to a screeching halt. Even after appearing in the latest controversial Bollywood flick, Baby, Mikaal Zulfikar could not claim his share in the limelight. He started his career with Shoot on Sight in 2007 and later appeared in U R My Jaan in 2011. While his two previous movies tanked at the box office, Baby crossed Rs 100 crore mark but didn’t prove successful for the Pakistani sensation. Although the Bipasha Basu and Imran Abbas starrer sci-fi Bollywood movie Creature 3D did not garner critical appreciation, the handsome hunk is set to appear in his second Hindi movie, Jaanisar. The periodical love story would take viewers to 1800s where a prince would be fighting the odds for his love interest, a courtesan. Sadia Khan gave her nod to an Indian-Norwegian romantic drama film, Dunno Y2… Life Is a Moment, which has been heavily criticized for its controversial story about a homosexual relationship between two young men. But the model-turned-actress is quite happy and positive about her role. “It’s a beautiful role and an international film and legends like Lata Mangeshkar, Zeenat Aman and Salma Agha are associated with the project. I couldn’t ask for a better debut!” Meera would also be seen in the movie in a bold avatar.

Stay tuned to Brandsynario to find out more about Pakistani celebrities working cross-border.