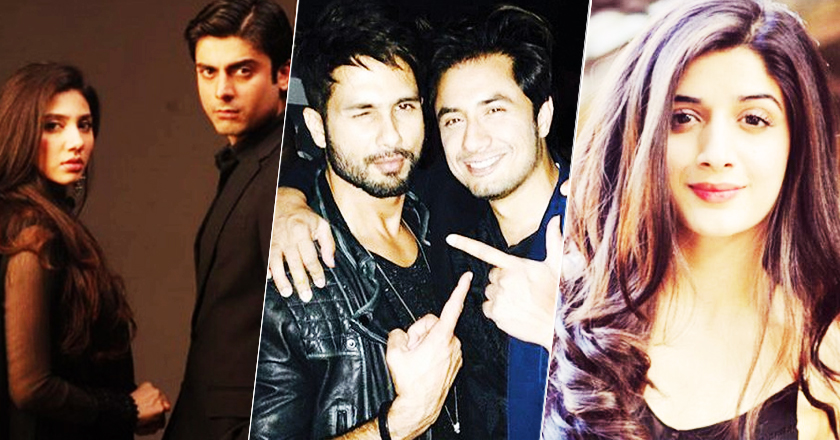 The Indian Express quoted MNS Chitrapat Sena’s Amery Khopkar saying “We gave a 48-hour deadline to Pakistani actors and artists to leave India or the MNS will push them out.” Abhijeet used some terribly harsh words, abusing the Pakistani actors and asking people to kick them out of the country: With a lot of political drama on the rise, it is very difficult for these actors to not get roped in. The bigoted party has been after Pakistani artists since they entered India and started doing well. Actors such as Mawra, Fawad, Mahira, Imran Abbas and Ali Zafar have all made their mark in India. The threat by the extremist party followed Indian journalist Soumyadipta Banerjee statement that ridiculed Fawad and urged him to leave the country.  Pakistani singers Ghullam Ali and Rahat Fateh Ali Khan have also been threatened in the past and their shows have been cancelled because of Shiv Sena.

Those who are supporting casting by karan & Srk of #FawadKhan & #MahiraKhan are traitors.

Kashmir India has blamed Pakistan for the army base attack in Uri.

Seems like, Fawad and Mahira’s upcoming movies ‘Ae Dil Hai Mushkil’ and ‘Raees’ will not be releasing in India.

Sadly enough, Fawad’s Ae Dil Hai Mushkil’s exhilarating trailer released today and it just swooned every one of us! What do you think will happen? Will the movie release or will it be delayed?

What do you think will happen? Will the movie release or will they be delayed? Let us know in the comments below.