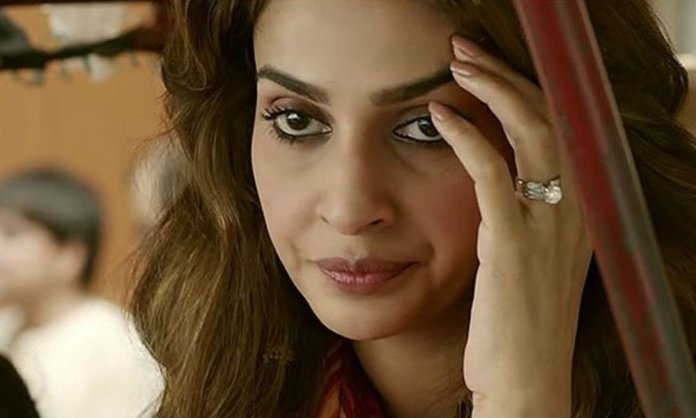 The rebellious ‘Baaghi’ actress, Saba Qamar has wowed us all with her spectacular acting skills. Whether it be her fans in Pakistan or in India, Saba has followers all around the world who cannot stop gushing over her.

Imran Khan Breaks Silence Over His Marriage to Reham Khan

Unfortunately, with all the fame comes high expectations as well as criticism and that’s exactly what happened with the ‘Hindi Medium’ actress.

Over the weekend, pictures of the pretty actress started circulating on social media which showed the starlet in “negative light”.

The leaked pictures of Saba showed the actress getting ready for a shoot. However, it’s her rather see-through shirt and the cigarette in her hand that gave rise to name calling and shaming of the actress. 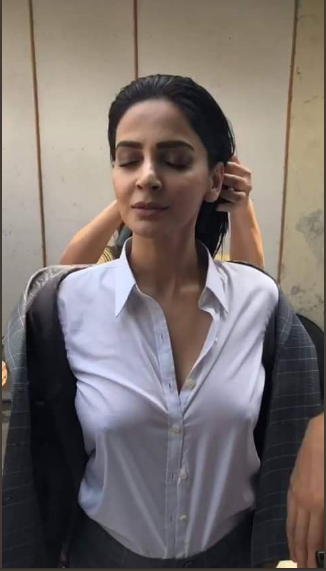 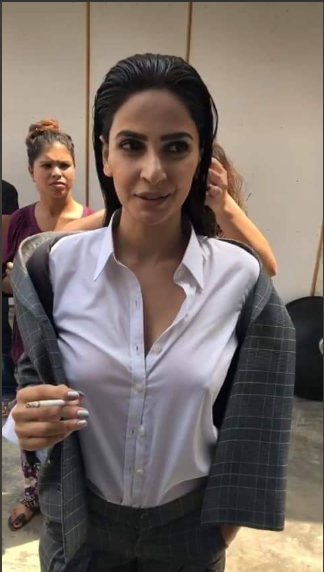 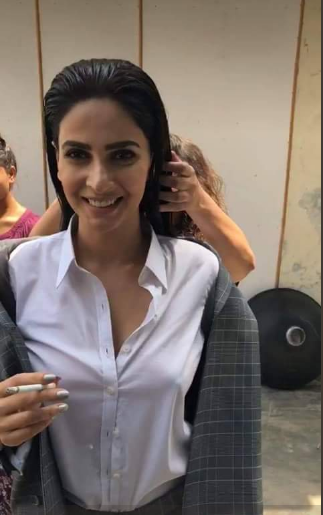 Fans were outraged over the leaked images and couldn’t stop bashing Saba for such an indecent act!

However, despite all the hate, her colleagues from the Pakistani entertainment industry stood up for her and promptly shut down the haters.

Her ‘Baaghi’ co-star, Osman Khalid Butt soon stepped in to silence the trolls through a post on social media.

Adnan Siddiqui too was seen speaking in support of Saba. Surprisingly, Adnan’s message hints that he knows the perpetrator who had leaked her pictures online without her consent and has refused to work with him in the future!

Came through what’s being called BTS images of my colleague and a friend #SabaQamar’s recently done photoshoot which is spreading on social media like wildfire, I’m deeply saddened by this act, this is not us and we shouldn’t take pride in it in any manner! I totally condemn this and wouldn’t want to highlight the name of a man behind it but I’m not going to work for with him or anything associated with him ever! #support #friendship #pakistanshowbiz #Colleague #together #pakistan .

Describing the act as a shameless attempt for cheap publicity, actor Aijaz Aslam was seen defending the actress.

Today I feel sad that a colleague and one of the finest actor of Pakistan is being exploited by someone for a cheap publicity stunt … it was just a simple BTS ( behind the scene) vdo during a photo shoot from which the screen shots were taken and made viral on social media … its disgusting that people can go upto any extent for cheap publicity… saba you are a superstar and don’t let these haters demotivate you .. #wesupport #sabaqamar #pakistanidrama #pakistanimovie #pakistanifilm #repost #instapakistan #instalike #movieshoovy #divamagazinepakistan #showbizpakistan 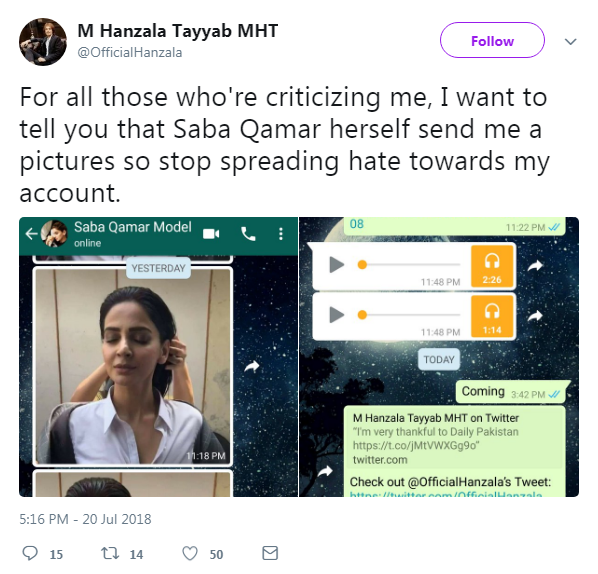 This is not the first time an actress has been shamed for a smoking picture. Previously Mahira Khan was shamed in the media when images of her smoking and Bollywood actor, Ranbir Kapoor were leaked online.

What did you think of the pictures? Tell us in the comments.