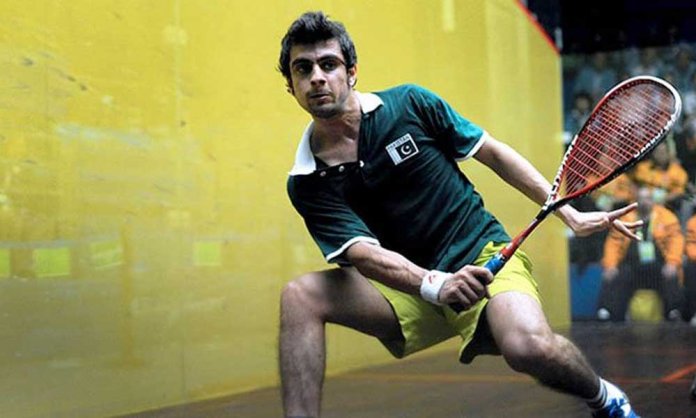 For a country that has produced legendary squash players such as Jahangir Khan, probably the greatest squash player in history, its a shame that Pakistan will not be taking part in the upcoming Squash Championship.

Previous world champions Pakistan have pulled out of the World Team Squash Championship to be held in Washington from Dec 14-21.

A Pakistan Squash Federation official informed ‘The News’ that since there was no realistic chance of even finishing amongst the top ten teams, the PSF has decided not to send the team to the World Team Championship.

Senior players are not putting in their best efforts. We have invested heavily in recent times on our seniors but they are not giving their best. That is why we have decided to pull out of the event. Instead, we would prefer to invest in our juniors, -PSF official

Pakistan finished 17th in the last World Team Championship which was held two years back.

The closing date of submitting the fee of £5,000 was July 16, however, PSF thought it would be a useless investment.

It is useless to finish out of ten teams. Seniors are not making their best efforts and we are in no mood to throw almost Rs 6 million without any real benefit.

Around 23 teams from all over the world are participating in the December World Championship.

It seems that India would be pissing the Championship as well as their name is also missing from the lineup.

“After World Cup, I have Decided I will Fix the Pakistan Cricket Team” – PM Imran Khan

Many feel the Pakistan Squash Federation is destroying the confidence of young squash players.

The entire Pakistan Squash Federation should be sacked for this anti-sports approach. pic.twitter.com/nxtMATPSgj

This is how Pakistan Squash Federation has destroyed confidence of a young squash player who has won several medals for country. https://t.co/RqzPkDBn9h

This is also against the vision of @ImranKhanPTI ! Giving up without even contesting! PSF is discouraging Pakistan’s squash players by not sending them to World Championship because they can’t win. https://t.co/wwIsItIhXP

“What a negative defeatist attitude of the governing body of a sport we were once world champions in. Such a shame.” wrote Fakhr-e-Alam.

The Pakistan squash federation has pulled out of the world championship to be held in USA this year because they believe they won’t be able to win anything. What a negative defeatist attitude of the governing body of a sport we were once world champions in. Such a shame.

It’s a sad time for the country, it seems.

ONLY TO SAVE £5000, THEY DECIDED NOT TO SEND PAKISTAN SQUASH TEAM, THAT'S SO DEPRESSING. WE ARE THE NATION WHOM HAVE CREATED PLAYERS LIKE JHANGIR KHAN, JHANSHER KHAN AND ETC. THESE PLAYERS WERE WORLD NO 1 FOR 10 YEARS EACH! POLITICS HAVOCED OUR GAME TOO. @mshaanshahid

“How can we expect to develop star athletes with this kind of defeatist attitude?”

Ridiculous! How can we expect to develop star athletes with this kind of defeatist attitude. https://t.co/Rrd27U9Dw1

Do you feel Pakistan should have participated in the event no matter what results they produce?

Or do you agree with PSF’s decision to not invest in a team that has been underperforming and losing badly?