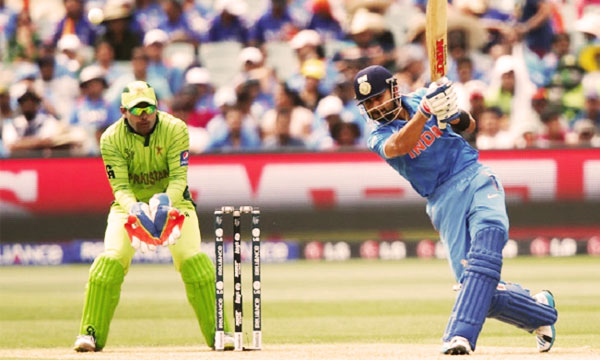 UPDATE: Due to security concerns, the cricket administration of India has decided to shift the venue for India-Pakistan World T20 match from Dharamshala to Eden Garden, Kolkata, scheduled to take place on March 19th, as DawnNews reports. The BCCI now awaits the approval of the Government of Pakistan to send the Pakistani team to take part in the tournament.

An official of Pakistan Cricket Board has confirmed that the venue is being moved to Kolkata.

“The decision to relocate the match has been made for security reasons. The concerns initially arose following alleged public comments recently reported by the Chief Minister of Himachal Pradesh, warning of demonstrations and attempts to disrupt the peaceful conduct of the match,” David Richardson, ICC chief executive said.

About half an hour after ICC chief executive David Richardson announced that the scheduled World T20 match in Dharamshala between Pakistan and India on March 19 is shifted to Kolkata, Shaharyar Khan, PCB chairman stated a written statement that said:

“The PCB welcomes ICC’s decision of shifting the World T20 Pakistan-India game scheduled in Dharamshala on March 19 to Kolkata. The PCB had earlier conveyed to both the ICC and the BCCI of its constraints to play in Dharamshala based on the recommendations of the security delegation of Pakistan that visited India recently”

“The PCB has also today conveyed to the ICC and the BCCI that our government is expecting an assurance to Pakistan against specific threats to the Pakistan cricket team from various political parties and groups during the tour”, said Shaharyar.

PCB Chairman further added that the threats are only Pakistan-specific, not New Zealand, Australia or other teams specific. Hence, the team departure is delayed until the Indian side receives an assurance, expected to get soon.

The Associated Press also quoted on Wednesday that a PCB official says, ICC had been requested to consider Mohali or Kolkata for the alternate venue out of which Kolkata was chosen. Times of India reported that “the India-Pakistan encounter will be shifted to the iconic Eden Gardens in Kolkata”.

Citing the security concerns in India, Pakistan Cricket Board has delayed the departure of both men’s and women’s cricket teams. The cricket squad was scheduled to leave today (on Wednesday) to participate in ICC World Twenty20 Championship held in India on March 8- April 3, 2016. “PCB has delayed national women’s and men’s cricket team from travelling to India,” said Amjad Hussain, PCB Director Media. He added that the final decision about the departure will be made by after a formal approval by the interior ministry.

The delegation that visited India to check the security measures made for the Pakistani team ahead of the T20 World Cup seems discontented with the security arrangements.

The team has submitted its findings to the Ministry of Interior, based on which the Pakistan’s cricket board (PCB) has requested the International Cricket Council (ICC) to shift the venue of T20 world cup match.

The security condition for Pakistan cricket team in India is getting worse with each passing day. Protests have erupted against World T20 match between India and Pakistan, scheduled on March 19 at Dharamshala.

Political parties including the Shiv Sena, Congress, Aam Aadmi Party (AAP) are holding mass protests, rallies and sit-ins all over the state to jeopardize the keenly-awaited match.