The Green Team, Pakistan has dropped down to 9th position in the ODI Team Rankings released by The International Cricket Council (ICC) on Wednesday in their annual update report, putting its world cup participation in danger. Australia and New Zealand managed to bag first two positions in the ODI 2015 Rankings.

According to the reports disclosed in the ICC press release, Pakistan Cricket team is under intense pressure and to ensure direct participation in the 2019 premier ODI tournament, Pakistan must finish among the top 8 teams, on September 30th, 2017. 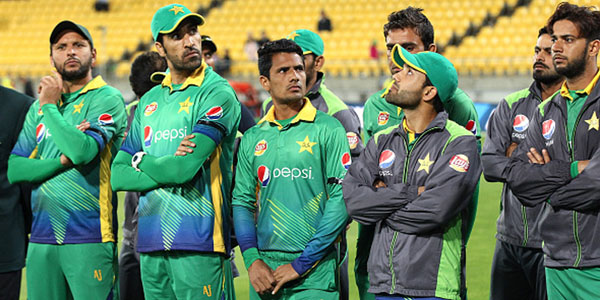 The hosts England and the next seven highest-ranked teams will directly qualify for the biggest event of cricket. The 4 lowest ranked ODI teams will be joining the top sides from the 2015-17 ICC World Cricket League in the ICC Cricket World Cup Qualifier 2018 competing for the rest of the two positions.

The annual update from 2012-13 results have been discarded from the weighting series and the results from 2014-15 will be weighted just 50 % in the upcoming series of matches.