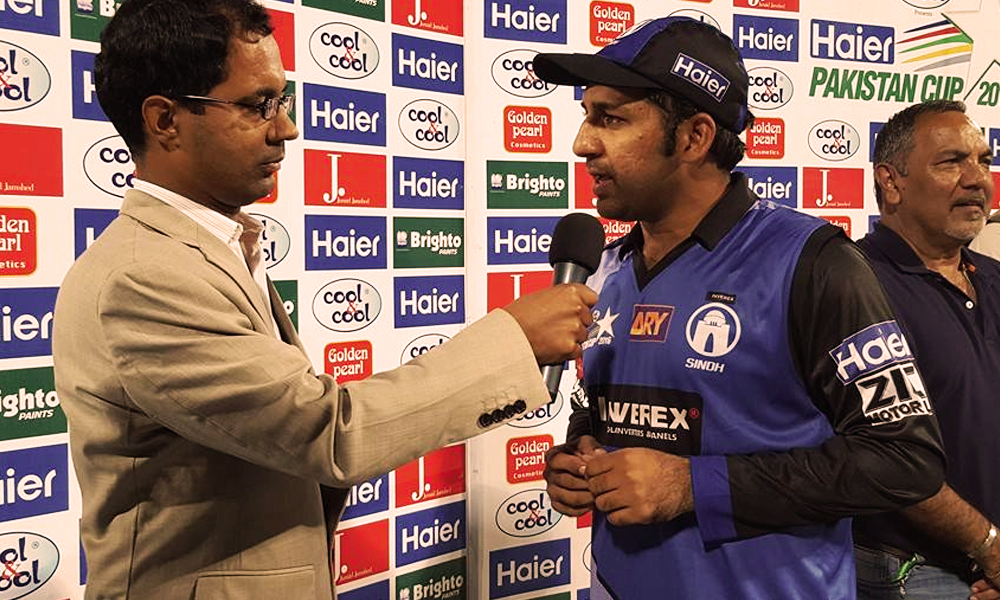 UPDATE: Sindh has defeated Balochistan quite comprehensively by 48 runs (D/L Method) in the rain-affected match played at Iqbal Stadium,  Faisalabad.

Sindh scored 266 runs in 45 overs when rain interrupted and Balochistan was given a revised target of 228 runs in 31 overs falling short of 42 runs. Balochistan only could score 186-8 in 31 overs and none of their batsmen could cross the 20 runs mark.

It was a whole team effort by Sindh that outclassed Balochistan in both bowling and batting departments; this boosted their confidence to a whole new level. Khurram Manzoor was given ‘Man of the Match’ title for his brilliant 100 on just 70 balls. Sindh XI after winning the toss and electing to bat first has by far scored 266/4 runs in 45 overs as rain has stopped play here in Iqbal Stadium Faisalabad.

Both openers, the centurions Khurram Manzoor (100) and Sami Aslam (108*) gave a flying start to their team by 148 runs Ist wicket partnership, which laid the foundation of a high-scoring show. Saeed Ajmal managed to pick up two wickets but was not proved effective for his team.

Sindh XI is taking on against triumphant Balochistan XI today in the third match of Pakistan Cup 2016 here in Iqbal Stadium, Faisalabad. It is the first match of the tournament for Sindh XI, so they would surely do their level best for the victory.

On the other hand, Balochistan XI will be much confident after beating Punjab in the opening game, but they should not adopt a laid back attitude as it is a different opposition, a young side that can surely o wonders on the field.

By having Mohamamad Amir, Imad Wasim, and Anwar Ali, Sindh has a decent bowling lineup of international exposure. In the batting department, Captain Sarfraz Ahmad has to take the responsibility and players like Fawad Alam, Khalid Latif will be key players to watch. Well, it would be interesting to see if Azhar Ali’s Balochistan XI are able to gain momentum by utilizing their experience or Sarfraz’s young side stuns all with the display of potential. Remember, Azhar Ali is leading the ODI side of Pakistan and Sarfraz Ahmad has been given the charge of T20 captaincy recently.

The crowd came in a good number yesterday in the 2nd Match, and as the weekend approaches, we can expect more people to come in the stadium to support our domestic cricket. PCB has also announced reasonably priced ticket rates for these matches ranging from Rs.100 to Rs. 200 only. All they expect is the high scoring game with some boundaries and sixes to enthrall them; this was missing in the first two games.

The match commenced at 3PM local time and would be telecasted live via PTV Sports, the official broadcaster of Pakistan Cup 2016.