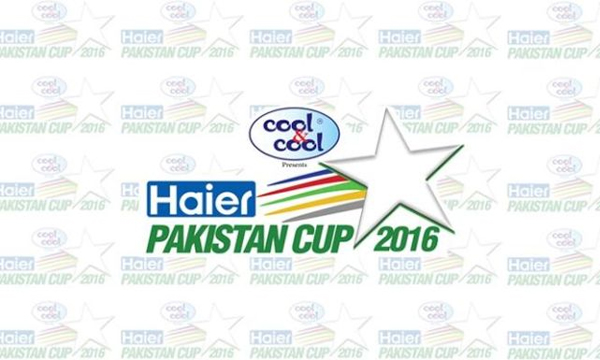 UPDATE:  The 2016 Pakistan Cup is a new style of residential cricket in Pakistan. There is a greater participation of senior cricketers like Younis Khan, Ahmed Shehzad etc through the draft process.

Players are to likewise get a 100 percent reward expansion; Sindh is at the top of the tournament until now with winning 2 matches followed by KPK that has played three matches and won 2. Balochistan and Islamabad both have won 1 match each while Punjab has not won any match.

The Pakistan Cup 2016 schedule has been announced, as ARY News reports. The first Pakistan Cup match is going to contest between Balochistan and Punjab while Sindh will be playing the first match on 21st April against Baluchistan.

Pakistani Cup will be played in the PSL format and each team will be playing 4 games at the group level. The two best teams who reach the top will play the final match of the tournament.

The sponsor for each team has been shown below:

The coaches for the respective teams will be Touseef Ahmed for Sindh, Ejaz Ahmed for Balochistan, Muhtashim Rasheed for KPK, Kabeer Khan for Punjab and Mansoor Rana for Islamabad.

Every captain has a 15 player squad from a pool of 150 players chosen through a draft draw on April 12th, Lahore. The coaches and teams participating will get 200% of the match fees for the tournament.

The final match of the Pakistan Cup 2016 tournament will be played on May 1st.

The left-arm quick bowler Mohammad Amir has been injured and will not be available for Pakistan Cup 2016 one-day tournament to be held at Iqbal Stadium, Faisalabad. Mohammad Amir was made part of the ARY Sindh team under the captain Sarfraz Ahmed. Among speculations, sources revealed that Mohammad Amir is quickly recovering and may be available for the team by next week.

According to the details, the teams are divided into five groups, belonging to each of the 5 provinces i.e Sindh, Punjab, Balochistan, KPK and Federal; the teams have already selected their respective captains at the drafting ceremony held on Tuesday. The captains are obligated to select their own team players. Here are five teams and their captains: As per the recent details, the drafting of the players was held at a local hotel in Lahore today on Tuesday. Captains of all the teams, higher officials, and chairman of Pakistan Cricket Board (PCB) Sheryar Khan participated in the ceremony. PCB also released the Pick order of the tournament: Misbah ul Haq, the Federal team’s captain, got the first chance for the picking process. Moreover, PCB revealed that the match fees in the tournament will be higher than the regular domestic matches.

Watch video from the drafting ceremony below:

On the other hand, Founder and CEO of ARY group Mr. Salman Iqbal who introduced Karachi Kings in the Pakistan Super League tournament have announced to become an official media partner for the cricket team of Sindh.

The latest update reveals the squad pick for their respective teams. Have a look here:

Stay tuned to Brandsynario for more updates on Pakistan Cup 2016.