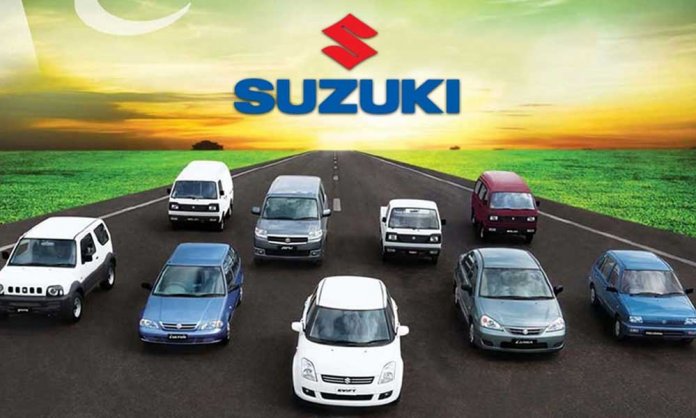 Pak Suzuki has reportedly stopped taking orders on several cars! However, this is only on a temporary basis.

According to details, there are 5 variants that customers can no longer place bookings for.

An official notice was also circulated for this matter.

The car variants are as follows: 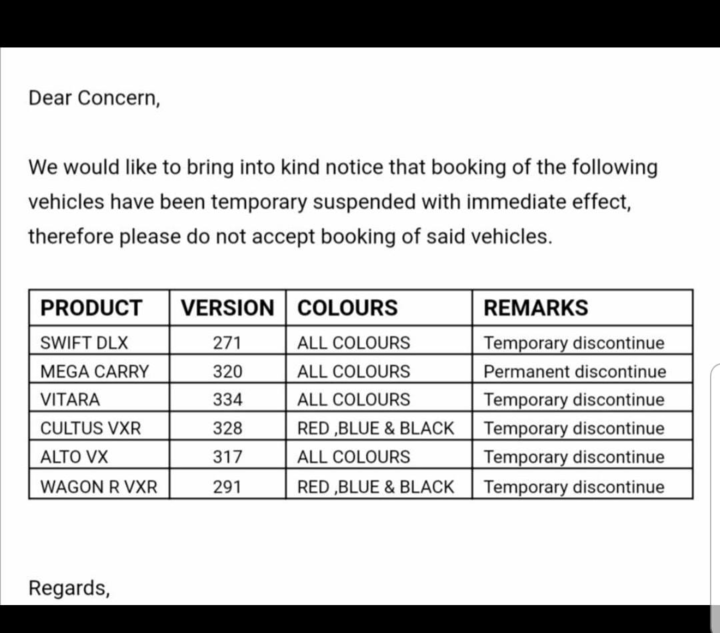 However, it is to be mentioned here that Pak Suzuki has not stopped bookings for all Cultus VXR variants. They have only stopped them for red, blue, and black variants. Which means you can book the other colors.

On the other hand, it is the same for the WagonR VXR. Furthermore, Pak Suzuki has permanently discontinued bookings for Suzuki Mega Carry.

The news was confirmed by an official at Pak Suzuki but no reason was given for this move.

However, the speculated reason could be the aftermath of the drastic fall of 42% in sales which Pakistan’s automotive sector has witnessed.

Suzuki is also expected to launch the Wagon R (AGS) variant and 4th Gen Suzuki Jimny in the country soon.