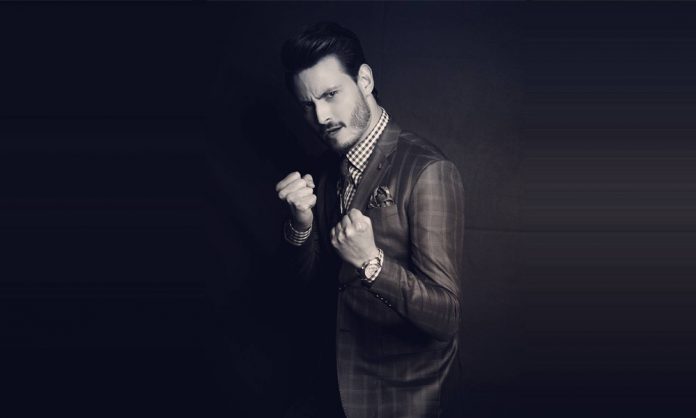 As per the notice, the media authority has deemed the industry as ‘deteriorating, indecent and not depicting the true picture of Pakistan.’

The Diyar-e-Dil star, Osman Khalid Butt was the first to react to PEMRA’s notice and took to Twitter to express his views.

'C'mon then Obi, give us a serious pose.' Hah. Sure showed them. Photograph courtesy @waqasalik.

Not every drama serial is meant to be watched with the family. Pinky & Babloo can be put to bed before, no?

What, pray tell, is the 'true picture of Pakistani society'?
Not every drama serial is meant to be watched with the family. Pinky & Babloo can be put to bed before, no? How is television content expected to diversify when we get sweeping generalizations like this: https://t.co/0sHwMVGtDc

However, he rightly pointed out that earlier PEMRA banned HUM TV’s hit drama ‘Udaari’, a drama that condemned child sexual abuse in Pakistan.

Friendly reminder that this is the same body that tried to ban Udaari because of similar 'complaints' from naik parveens et al. Good television w/ strong content holds a mirror up to society, and is meant to be uncomfortable. If you don't like what you see, change the channel.

The actor added that such notices by PEMRA only discourage content diversification on Pakistani TV.

Only extramarital affairs exist, violence exists, love affairs happen everywhere around us. Yes, we can do away with the schlock, but there's a sordid history with PEMRA and such complaints. Statements like these are discouraging to those wanting to diversify.

The Balu Mahi hero did not shy away from indulging in a heated debate with everybody who was agreeing with the media authority.

I'm curious: what vulgarity? Far as I know characters can hardly embrace onscreen.

Trolling his trolls, Butt is on a mission to silence his haters once and for all!

It made you uncomfortable? Good.

But the keyboard warriors are showing no signs of slowing down.

Wow, that escalated.
Please tell me which drama airing on television is pornographic?
I need to know for… scientific purposes. https://t.co/omXLKI9nDm

What do you think of PEMRA’s notice? Do you think Osman Khalid Butt is justified in his views?