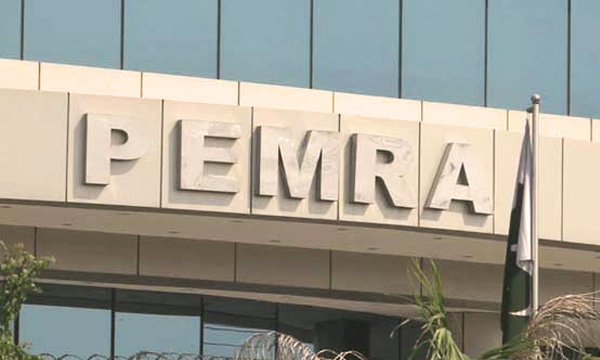 With channels getting banned and controversial content being shown on media, Pakistan Electronic Media Regulatory Authority (PEMRA) has finally rolled out a new set of guidelines for television serials.

Just recently, PEMRA suspended , ‘Jalwa TV’ which is owned by APNA TV for broadcasting a vulgar song. Earlier Hum TV was fined for airing a controversial telefilm. A cartoon on Nickelodeon TV also was banned for showing images inappropriate  for children.

Seems like PEMRA has finally taken notice to put an end to all the contentious content being aired on channels. 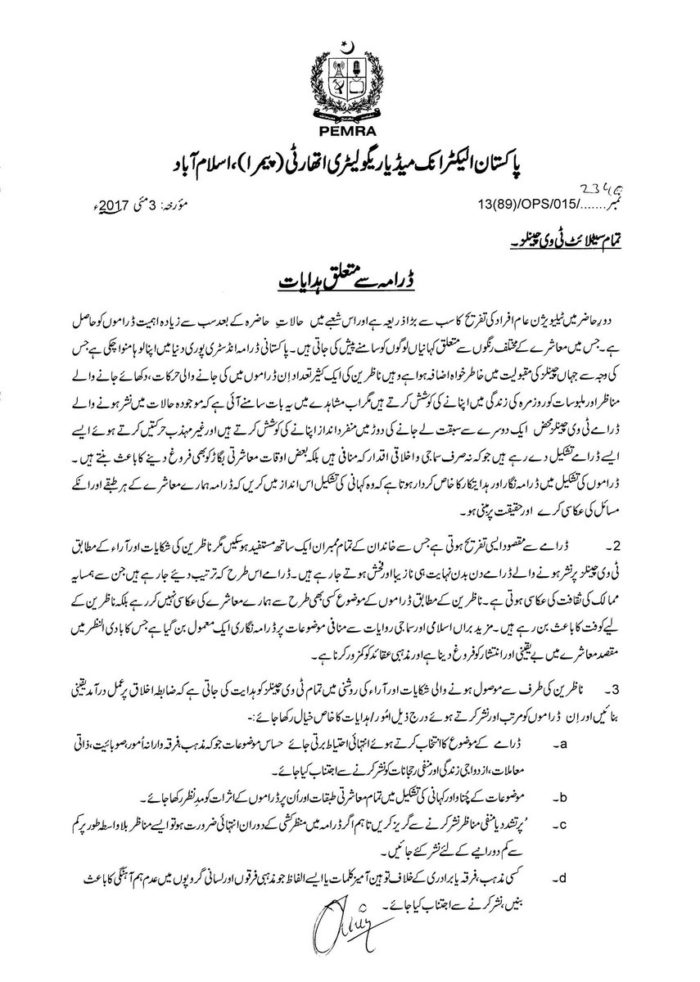 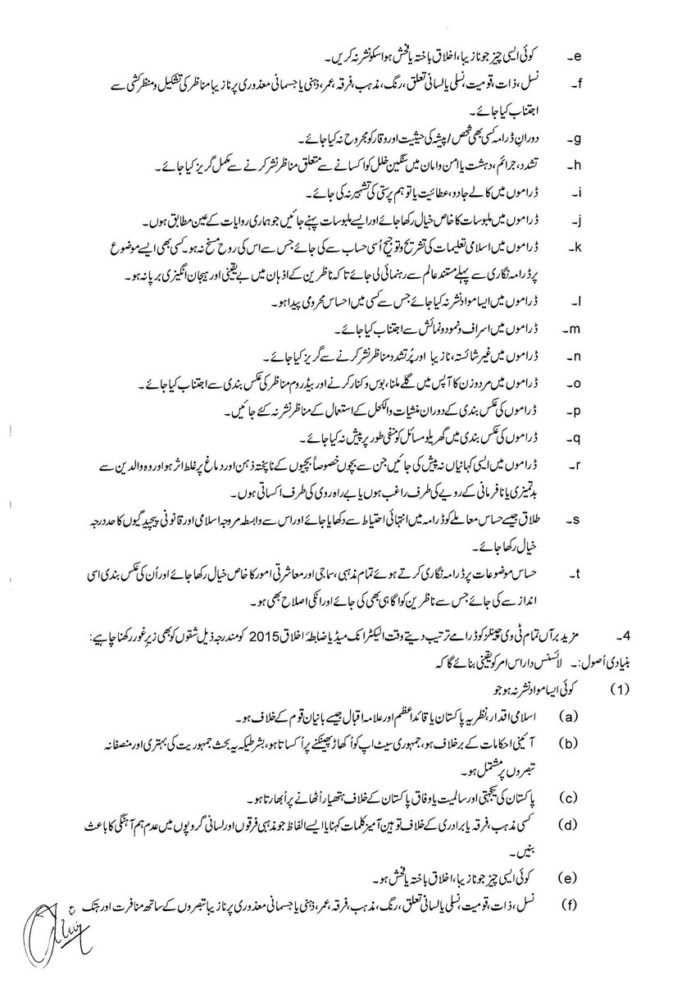 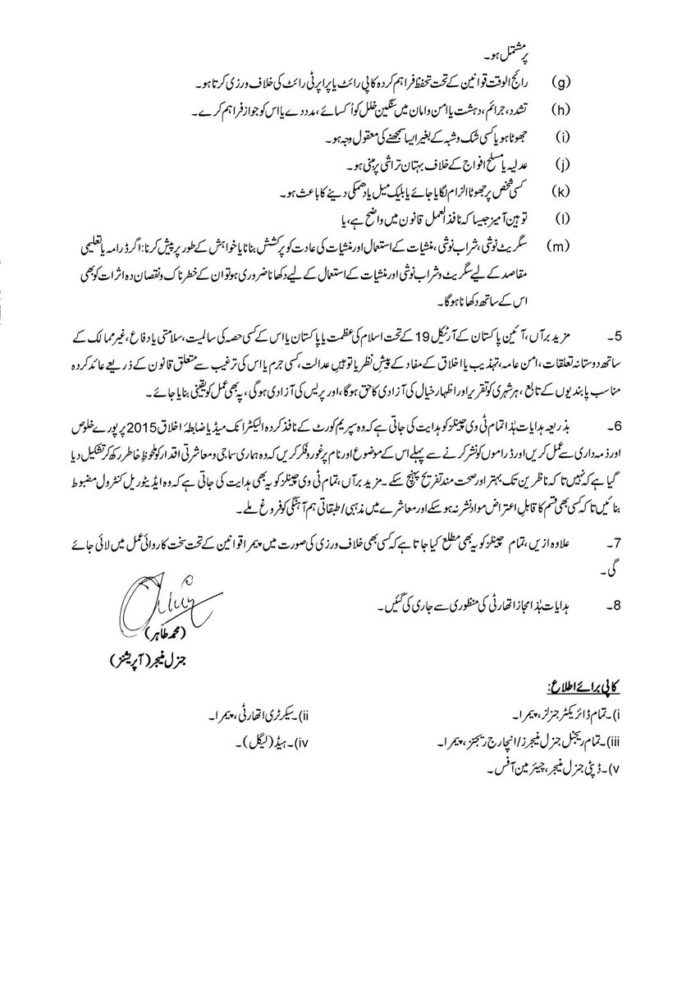