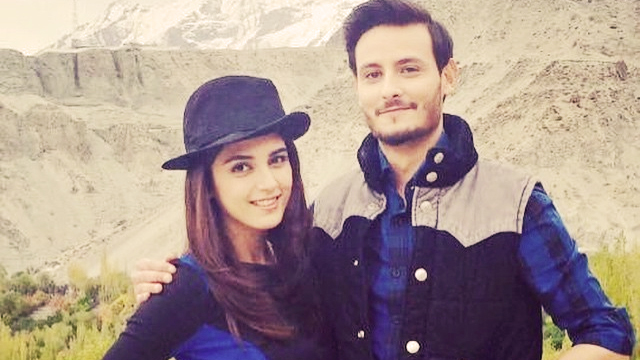 The adorable couple of the Pakistani entertainment industry, Osman Khalid Butt and Maya Ali never fail to impress the audiences. Giving us three super hit dramas Aik Naaye Cinderella, Aunn Zara, and Diyar-e-Dil, the couple has managed to turn heads all across the world.

Osman in his recent interview revealed that working with the talented actress like Maya Ali is an easy as well as a challenging task for him. While talking to The Express Tribune, Butt disclosed that he and Maya Ali have both struggled in the Industry. He noted that working with Maya Ali is easy but on the other hand, she makes every task a bit challenging at the same time. “She forces you to up your game and match her pace,” he said.

Revealing more about the actress and himself in the interview, Butt said that he and Maya have a great quality of discussing every scene before actually filming it to amp up our on-screen chemistry.

Butt noted that apart from his successful ventures in the drama industry, he is also working on his directional venture, a film titled Janaan, starring Armeena Khan and Bilal Ashraf. The film is expected to release on this Eid-ul-Azha 2016. Osman Khalid Butt also revealed that Pakistani cinemas are currently in the revival phase, which is why he prefers participating in local Pakistani production, but as every other co-star he too wishes to work with Bollywood directors and actors.

Butt is recently shooting the sequels of a Pakistani film Balu Mahi, directed under the name of Haissam Hussain.

‘Balu Mahi Will Be A Great Film!’ Model Sadaf Kanwal