P.U.B.G. recently got banned in Pakistan by Pakistan Telecommunication Authority because of health concerns. As a result, the Internet is divided between those who are mourning and those who are trolling. The latter, on the other hand, are making this situation unbelievably hilarious.

The Trolls Take The Cake

Trolls on the Internet are finding fodder for their humor in the misery of the game’s fans. Memes are being shared left, right, and center, and they’re too good to ignore. They get to make fun of the players because many had bought the ‘Royal Pass’ before the game got banned.

The Royale Pass gives players several benefits, all earned through playing the game to unlock them. It also costs a substantial amount ranging from $7-10.

Moreover, there are others sharing memes of the family’s reaction to ban on the game versus the players. As you can guess, the former are celebrating while the latter sobs.

All memes under the sun in P.U.B.G.’s context are infiltrating the Internet at the moment.

Pictures ranging from Spongebob to Munna Bhai M.B.B.S. are being used by the trolling community to make light of the situation at hand.

Finally its done … M i the only person never use pubg lol only heard abt it… but i have seeen children r badly addicted by this game anyhw Rest in peace 🤭#pubgban pic.twitter.com/OyuVtGoNzn

Was The P.U.B.G. Ban The Right Choice?

Amidst all the trolling and humor, there are also several other concerns. Some have shared landscapes of a Utopia and captioned it “This Is What Pakistan Looks Like After The Ban.” Additionally, there is another tweet that remarks on how the suicide rates will fall to 0 after this.

Behind these memes, there’s an implicit message of not finding this decision the best.

The government banned the game since it feels this game is too burdening on the mental health of children. But does banning one game solve everything? There are still similar games out there, and VPN can be used to play it too!

After the ban on P.U.B.G., its fans have started a movement against Tiktok. Their stance is that they first ban this app, which is also causing mental health issues. There are many memes about Pakistanis and Tiktok, too, regarding our obsession with the app. Also, recently two teenagers passed away while making a TikTok. The ban being demanded on the app is justified; it seems.

Do you support the ban? Let us know in the comments below! 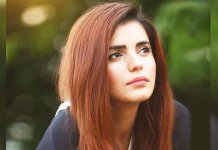