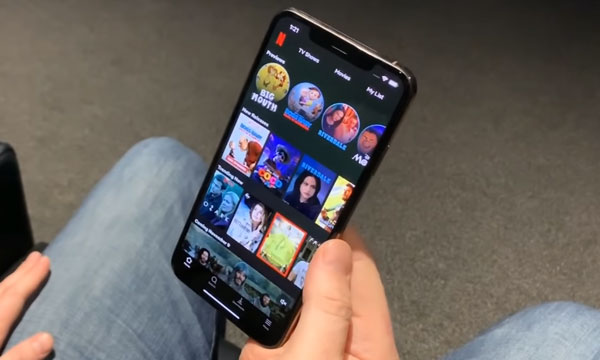 As part of Netflix‘s biannual ‘Hack Day’, the company showed off a new feature called ‘Eye Nav’ -a feature that lets IOS users control the App through different facial movement with the help of Apple’s Face ID.

This ‘hack’ will let you navigate the Netflix application and select a title and start watching different content by using your eyes. If you want to stop the video or dismiss a screen, just stick your tongue out!

The developers of the feature — Ben Hands, John Fox & Steve Henderson, are:

At #Netflix we love our #Hackdays! There were some amazing hacks this fall including navigating Netflix with your face, skip to the next shark attack, and a lunch Slack bot https://t.co/QT6yX70h26

If this feature is incorporated in the iOS platform, then it could be of great use and help to people with motor impairments. Just 2 months back in September, eBay introduced a similar feature that allowed people to shop by moving their head.

Watch how it works below!

What do you think about Netflix’s new Eye-Nav feature? Tell us in the comments below!
Stay tuned to Brandsynario for more news and updates.