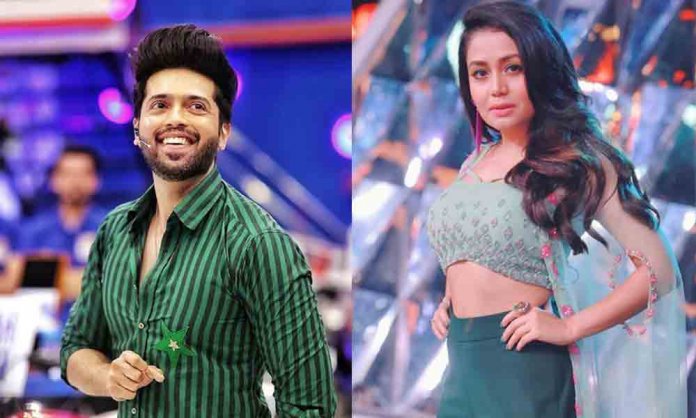 Since its inception, Pakistan’s leading game shows ‘Jeeto Pakistan’ has made the whole nation crazy and is knowing for being the rating magnet amongst all game shows.

The host of this fun-filled show Fahad Mustafa has proved that he rocks as an entertainer and surely is one cool host.

People just cannot stop loving him for his hilarious antics on the show.

However, now it seems like the craze of the show has reached the other side of the border as well.

Recently, the Indian singing sensation Neha Kakkar, who has sung a number of foot-tapping songs, hilarious TikTok video which is now doing all rounds on the social media.

In the video, we can see Neha Kakkar and her friends lip-synching the popular phrases of Fahad Mustafa from his show and oh man, her charm just left us awestruck.

The video is doing all rounds on social media and it definitely has swept the internet with the singer’s cuteness.

This is not the first time she is breaking the internet for her Tik Tok videos. Previously, she had shared many of her clips and received a lot of love in India.

And now her latest Tik Tok on Jeeto Pakistan is going viral in Pakistan! Do you think she did justice to the video? Let us know in the comments below.

For more updates and details, stay tuned to Bransynario.