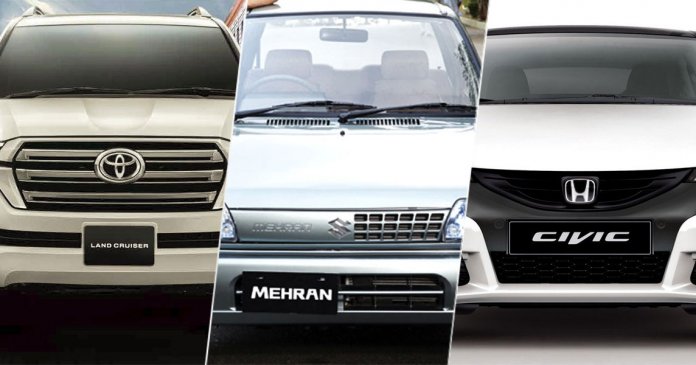 Car fanatics and their love for automobiles have no bounds. Be it local or be it imported, cars are every other guy and girl’s love!

Do you want to know which cars dominated the search for February 2019? We have an interesting list for you!

According to an automotive e-commerce platform, the most searched cars for the month are:

The search was dominated by Honda N Wgn as it was searched by 20.58% of individuals from January-February 2019.

Amongst 660cc cars, the most popular variants searched were Suzuki Alto, Jimny and Wagon R and Daihatsu Mira. The same trend was observed in January as well.

While in the 1000cc engine car variants who were the most popular were  Suzuki Cultus, Alto, and Wagon R and Toyota Vitz that won1 the leg of the race in top search.

The most searched hatchbacks were Suzuki models and the brand had no other competition in this category for the entire month.

While most of these trends seemed to remain the same as in January, not many Chinese cars were of interest in this month.