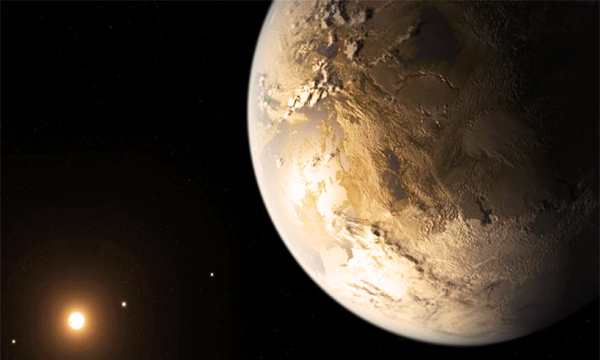 Three planets with sizes and temperatures akin to those of the Earth and Venus are circling a dwarf star 40 light-years away. The star in question, named TRAPPIST-1 after the telescope used to observe it, is weaker and cooler than the Sun at the heart of our solar system.

However, two of the three planets orbiting it could well have regions capable of supporting human life due to the fact that they are closer to their star than the Earth is to the Sun. “With such short orbital periods, the planets are between 20 and 100 times closer to their star than the Earth to the Sun. The structure of this planetary system is much more similar in scale to the system of Jupiter’s moons than to that of the solar system,” said lead astronomer Michaël Gillon of the University of Liège in Belgium.

Despite being ‘only’ 40 light-years away in the constellation of Aquarius, TRAPPIST-1 is too dim to be seen with even a good amateur telescope. Astronomers only considered focusing further attention on the star because it appeared to dim even more at regular intervals, suggesting that it was being orbited.

On May 4 two of the three planets will be transitioning TRAPPIST-1, an event that can only be seen from Earth-based telescopes once every two years. Astronomers will use this opportunity to measure the planets’ atmospheres and search for signs of water vapor.