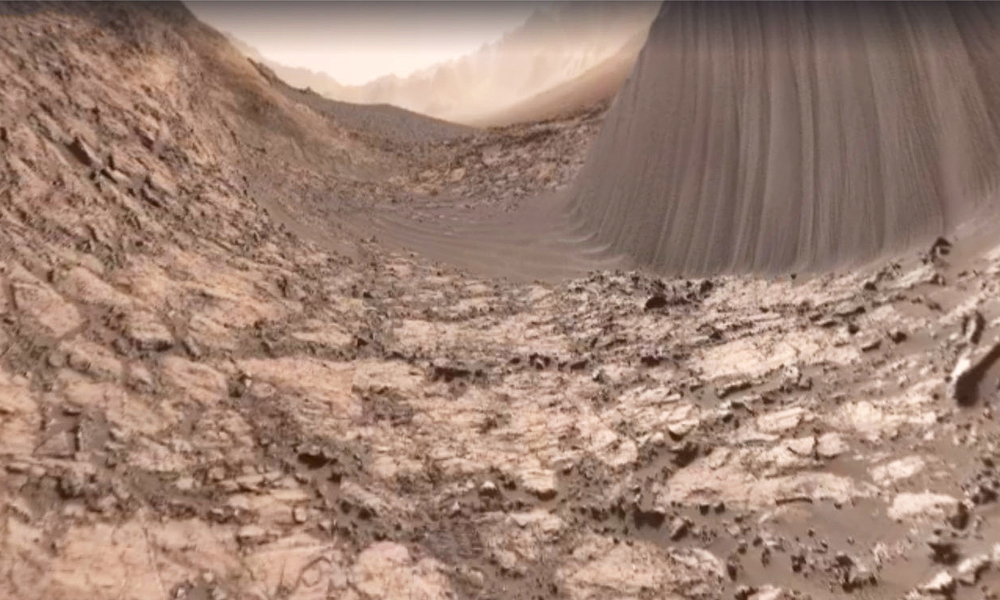 Take a look around Mars through the eyes of a space rover using a 360° video that NASA has published online. The two-minute video provides 360° views of the Martian landscape, featuring footage taken on April 4 by the Mast camera atop NASA’s Curiosity rover, which first landed on the planet in 2012.

A press release explains what viewers see before them: “The scenes show wind-sculpted textures in the sandstone bedrock close to the rover, and Gale Crater’s rim rising above the crater floor in the distance. Mount Sharp stands in the middle of the crater, which is about 96 miles (154 kilometers) in diameter.”

The rover is now heading back towards a lake-deposited mudstone surface 4.7 miles away to learn more about Mars’ microbial history.