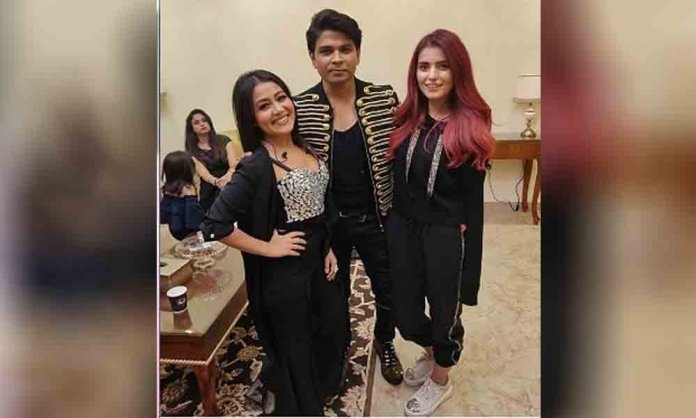 The two singing sensations from India and Pakistan recently performed in a live concert in Dubai and made audiences go gaga over them.

The jam-packed audience at the concert could sense that this was no ordinary event but an extraordinarily huge one.

Moreover, the sound system was impeccable, befitting a concert this huge.

Dressed in simple black trousers and top, the songstress looked absolutely flawless in her comfort zone. The attractive singer also charmed the audience with her megawatt smile and flowing burgundy hair that she tossed stylishly while singing with attitude.

On the other hand, we could see the Naina Singer Ankit Tiwari looking like a rock star in his cool jacket!

Both the singers opened the show by singing Momina’s hit song from Coke Studio ‘Tera Wo Piyar’ and wowed the audience with their husky vocals.

Watch the videos below:

The duo also sang some other chartbusters like ‘Dil Diyan Gallan’ that won everyone’s heart. Together, the two artists set the stage on fire making it a memorable evening of music for all of their fans.

The concert was also followed by the Indian singing queen Neha Kakkar and everybody was just in love with her as well.