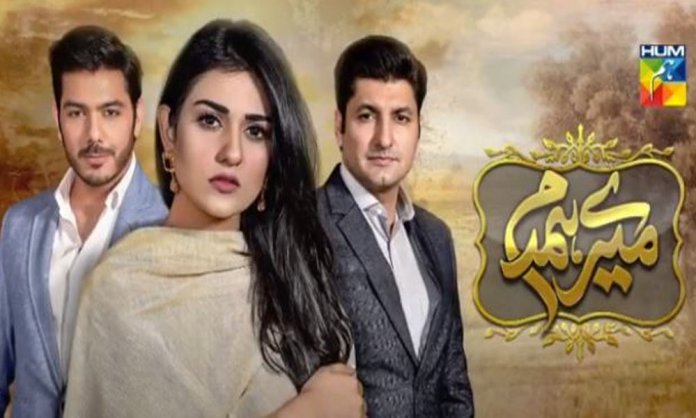 Mere Humdam is an upcoming drama on HUM TV, starring Syed Jibran, Sarah Khan and Gohar Mumtaz in the lead.

Directed by Haseeb Ali, the story of this drama will revolve around a love triangle and will also focus on some social evils including extramarital affairs.

Sarah Khan will be seen as Warda who is a young, innocent girl and dreams of a fairytale after marriage. She falls in love with her colleague, Gohar Mumtaz as Haris and they both get married.

But things don’t turn out the way she expected and her life turns into misery after Warda finds out that her husband is in a relationship with another girl.

Syed Jibran who is known for playing devious characters will be seen as selfless lover this time. He is in love with Warda but can’t express his feelings because Haris is his best friend.

What will happen when Warda confront her husband with the truth? We can’t wait to watch the first episode of Mere Humdam which is going to hit our screens very soon.